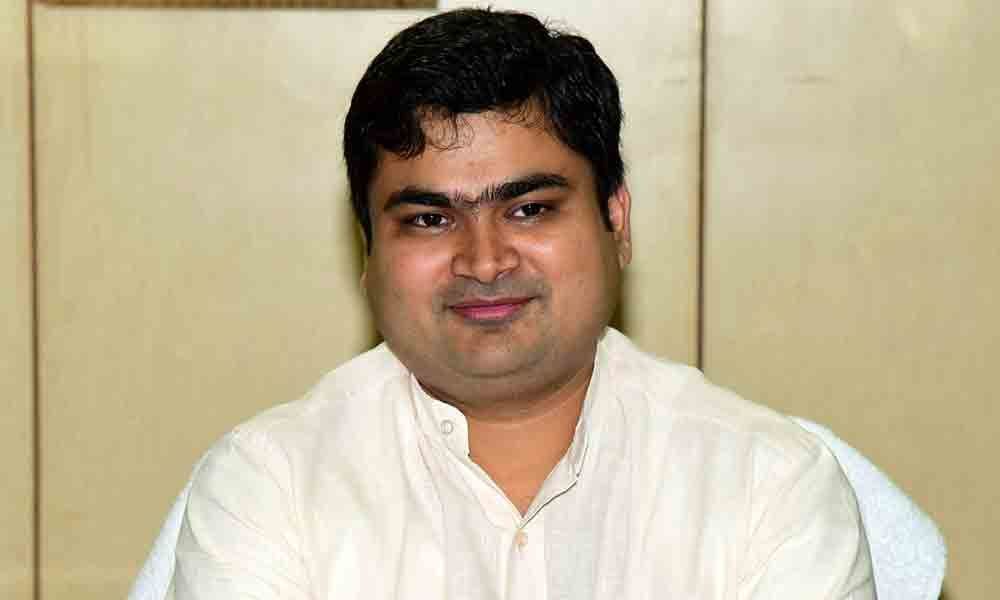 Postal ballots & ETPBS will be counted at Karimnagar Assembly segment

Karimnagar: Candidates as well as leaders of mainstream political parties are jittery about Lok Sabha election results, which will be out in about two days.

Karimnagar district administration has made elaborate arrangements for the counting of votes. District Collector and Election Officer Sarfaraz Ahmed has explained to The Hans India the process of counting of votes and the reason for delay in announcing the results by about five to six hours.

The Collector said as per the Election Commission of India's (ECI) guidelines, if any mismatch is found between the votes on EVMs and VVPAT slips, the latter would be taken as the final count. The final result sheet will also be amended as per VVPAT paper slips count and the authorities will film the entire counting process. In case of discrepancy between EVM count and paper slip count, the paper slip count will prevail. That means, if there is discrepancy between the count of votes displayed on the control unit and the count of printed paper slips in respect of the polling station, the result sheet will be amended as per the printed paper slip count.

VVPAT counting rooms are located in the counting center and are surrounded by a wire mesh, keeping away unauthorised people from accessing paper slips. As per the ECI instructions, mandatory verification of count of VVPAT paper slips of five randomly selected polling stations of each Assembly segment will be taken up as draw of lot after the completion of last round of counting of votes.

Strongrooms of polled EVMs of seven Assembly segments will be opened at 6 am on Thursday (May 23) for counting purpose. Postal ballots along with the ETPBS will be counted at the counting hall of 26-Karimnagar Assembly Segment. 2,616 employees have applied for the postal ballot. So far, 647 people are it.

Every round of counting includes – 1. Placing of CUs & sealed Form 17 C at the counting table as per EVM Movement Sheet, 2. Ascertaining of result from CUs & filling up of Form 17C part II, 3. Preparation of table-wise proceeding with signatures of counting agents, 4. Supply of photocopies of Form 17C part II to counting agents, 5. Announcement and display of round-wise results by the Returning Officer, and 6. Shifting of CUs for sealing.

The counting of the polled EVMs of the seven Assembly segments of 3-karimnagar parliamentary constituency is arranged at the following counting centres.

After the completion of counting of votes, the EVMS will be stored in the strongrooms and will be sealed immediately. The candidates are requested to ensure that their election agents will be present while sealing the strongrooms.

About 336 officials, including supporting staff, will work at the counting centre.

Apart from this, police bandobust was arranged at counting centers, the Collector said.