Water gushes from RLIS to tanks in ayacut 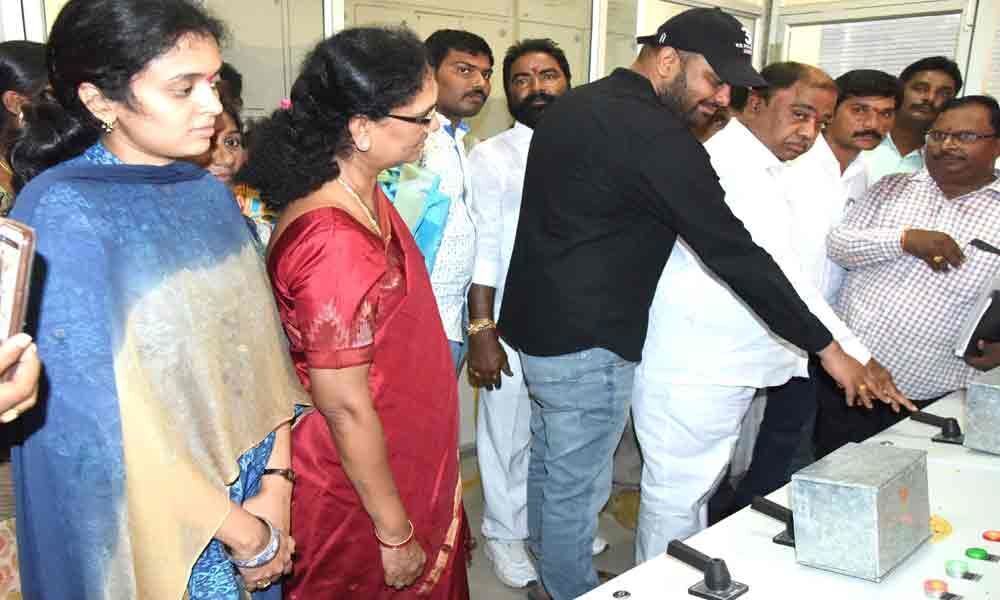 Khammam: Water has been released from Bhakta Ramadasu Lift Irrigation Scheme to fill the tanks in its ayacut in Palair Assembly constituency. Palair MLA K Upender Reddy along with District Collector RV Karnan released water by switching on the water pumps at Erragadda thanda in Kusumanchi mandal on Saturday.

The MLA said the project has been a blessing for Palair as it has been irrigating thousands of acres of lands in the constituency for the past two years. The water would be lifted for 20 days as both Nagarjunasagar and Palair reservoirs have received sufficient inflows. The water from Nagarjunasagar was released to the second zone under its right canal on Friday, Upender Reddy said.

The MLA appealed to the farmers to use every drop of water effectively and said all pending lift irrigation projects in the constituency would be completed soon. He asked the irrigation officials to ensure that all the tanks under the ayacut are filled with water from Bhakta Ramadasu project so as to enable the farmers to take up two crops in this year.