We will fulfil all the promises made to people of Hyderabad: KTR 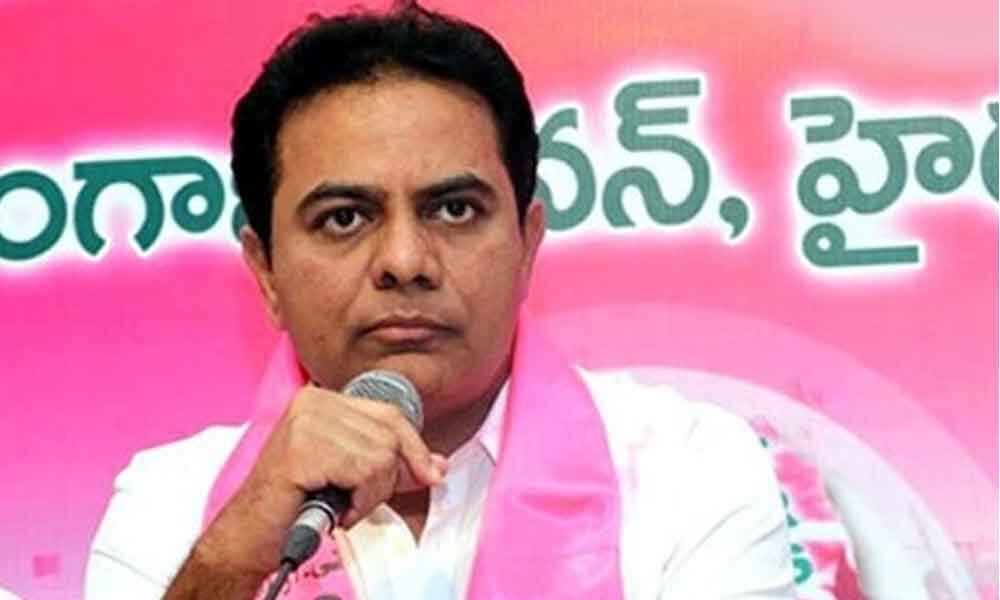 TRS working president KT Rama Rao on Tuesday said that would fulfil all the promises made to the people of Hyderabad.

Hyderabad: TRS working president KT Rama Rao on Tuesday said that would fulfil all the promises made to the people of Hyderabad.

KTR addressed a meeting of party activists where about 8000 persons were given membership of the party at Kotla Vijayabhaskar Reddy stadium on Tuesday. He hailed the leaders of Jubilee Hills constituency as number one in Hyderabad in membership. KCR rule has been hailed by many state governments. "There are more things to take up in Hyderabad but there are some priorities of the government. We will fulfil all the promises made to people of Hyderabad," said KTR.

The TRS leader said that CM KCR brought Godavari water to Hyderabad, which ended water woes of people of the city. Hyderabad will never face a crisis like Chennai.

KTR said that some Congress leaders were unable to digest development, good rains. "No one knows what they are doing who their national president. They are making the same allegations since the last five years. Think about your party why leaders are leaving," said KTR.

He called upon the party activists not to take the criticism of opposition leaders seriously.

Referring to BJP he said that some people who are talking of being an alternative to TRS should know that state government spending Rs 1200 crore on pensions whereas Centre is giving Rs 200 crore. He said no BJP or Congress governments are giving Rs 3000 pension to people.