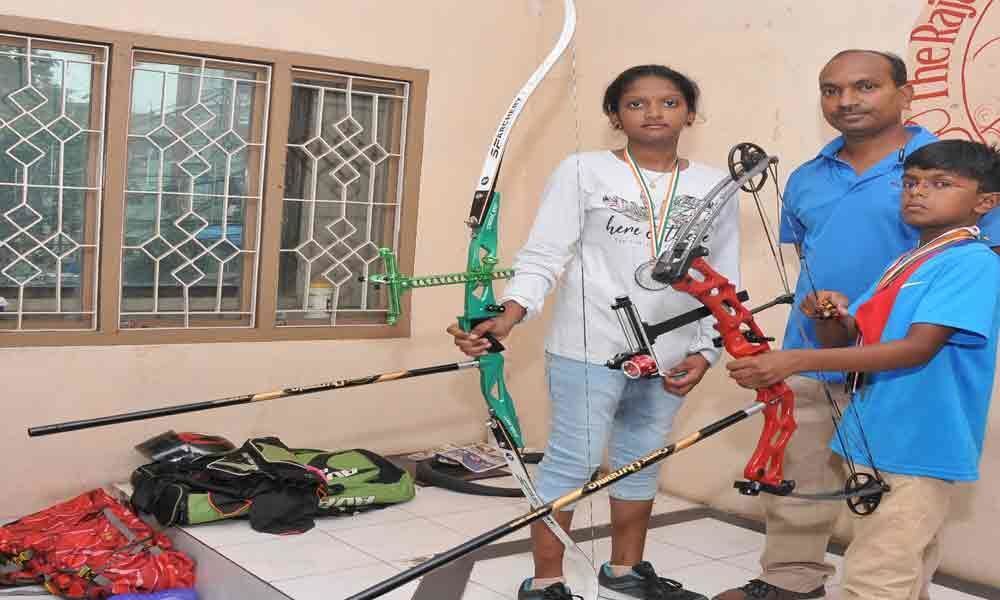 Two students of the city proved their might and received bronze medals in 5th International Archery Competitions held at Mumbai on April 27.

Rajamahendravaram: Two students of the city proved their might and received bronze medals in 5th International Archery Competitions held at Mumbai on April 27. The students belong to Sri Divine Archery Academy of Rajamahendravaram.

Speaking to The Hans India here on Thursday, academy coach Nalam Ram Kumar said that Nalam Karthik and Karri Tejaswini Naga Lakshmi received the medals in Under-10 boys and girls categories. As many as eight students were sent to the competitions from the academy.

The academy was stared in the city to produce number one archers in the country. After a rigorous training in archery in the USA for a long period, the academy was established in the city. Getting awards at international level competitions was first of its kind in the district. Many students are showing interest to learn archery and plans are afoot to expand the activities of the academy in this regard, he added.