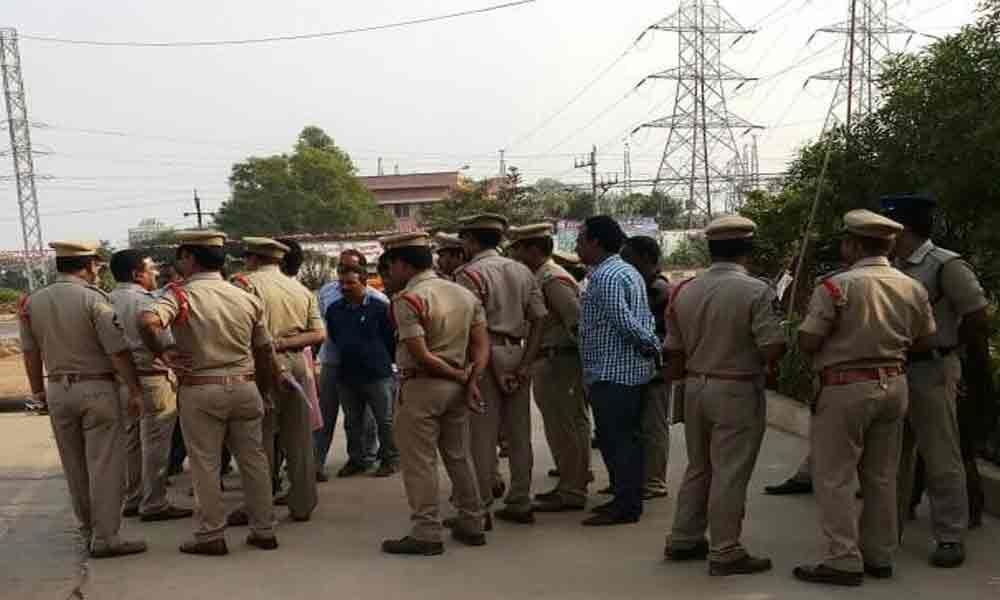 But the police foiled their attempts and arrested the workers and CITU leaders and shifted them to Ranastalam police station.

Srikakulam: Aurobindo Pharma Ltd workers observed strike on Tuesday under the aegis of CITU. As part of two-day strike, the workers tried to observe protest in front of the company at Pydibhimavaram in Ranastalam mandal. But the police foiled their attempts and arrested the workers and CITU leaders and shifted them to Ranastalam police station.

genuine demands for the last 14 months. To create a fear of psychosis among workers, the police registered cases against workers and arrested them, they said.

Stating the workers arrests are illegal, they asked the police their colleagues immediately without any conditions. In total, 4,000 workers participated in the strike. Workers of other industrial units also expressed their solidarity towards Aurobindo workers. CITU leaders warned that they will not leave the issue and fight till justice done to workers.