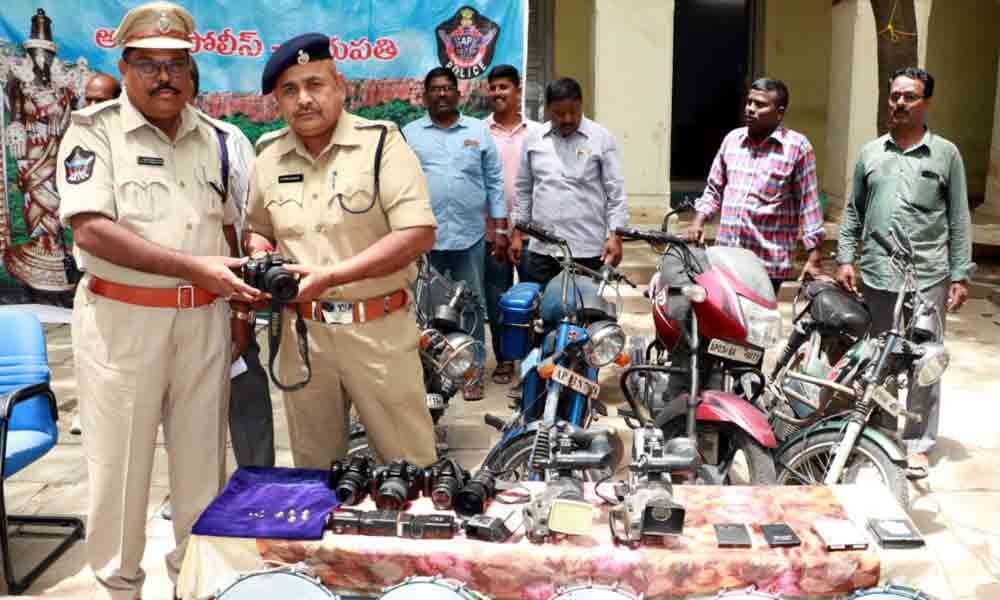 According to ASP Venkateswara Naik, CI P Jagadish Naik and his team have arrested the juvenile offenders near Ramchandrapuram Circle under the limits of Tirupati Rural mandal on Monday morning. During the investigation, the offenders confessed to crime and revealed the details of stolen property.

Based on their information, the police seized 4 bikes, 2 video cameras, 9 musical instruments, 4 still cameras and cash Rs 12,000. After registering the case, police sent them to judicial remand.

Urban SP KKN Anburajan has appreciated the CCS police for cracking the case.