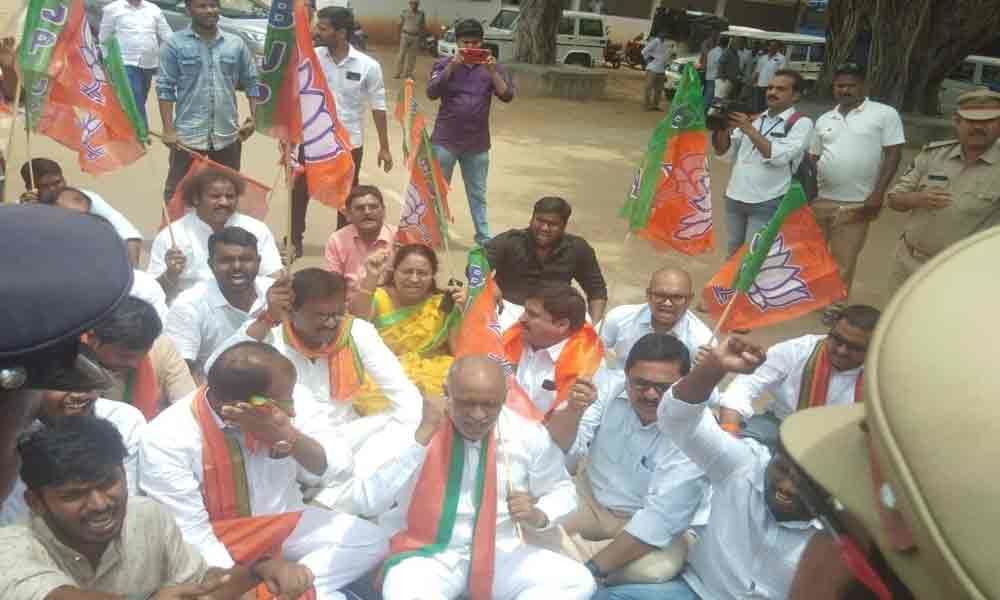 ABVP leaders staged a dharna at the SP office demanding to act against police officers for illegally arresting ABVP activists on Friday.

Vizianagaram: ABVP leaders staged a dharna at the SP office demanding to act against police officers for illegally arresting ABVP activists on Friday. The police on Friday arrested some ABVP activists for staging dharna in front of a private school and for damaging some school busses for running classes even on Sunday.

Later, the police arrested the students' union leaders and presented them in front of media with masks covered to their face and head. Even the BJP leaders like B Sivaprasad Reddy and others also participated in the dharna and objected to the behavior of police towards the students.

"It is totally unethical and unlawful to cover students faces with masks as if they are most wanted criminals. Is it a right way to treat the students like this?" they questioned. They demanded the government to act on those police officers, who are responsible for the incident.