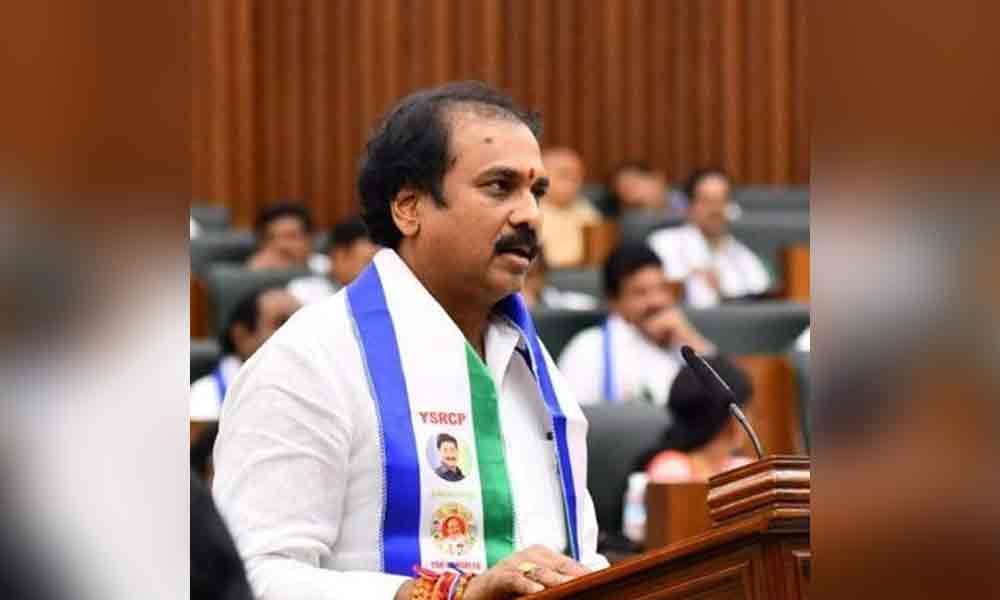 Making this announcement during question hour in Assembly on Friday, agriculture minister K Kanna Babu said a new legislation would be brought soon to allow these agricultural inputs to be sold only after their quality was tested.

Amaravati: The state government is going to start agriculture laboratories in all Assembly constituencies to test the quality of seeds, fertilisers and pesticides. Making this announcement during question hour in Assembly on Friday, agriculture minister K Kanna Babu said a new legislation would be brought soon to allow these agricultural inputs to be sold only after their quality was tested.

Stating that the agriculture sector was in crisis, Kanna Babu said Chief Minister Y S Jagan Mohan Reddy had introduced several measures to uplift the farming sector. "Both temporary measures to provide immediate benefit to farmers and long-term steps for permanent solution to problems are being taken," he added.

Listing the steps taken by the government to bail out farmers, he said, "An amount of Rs 3,000 crore has been allocated for price stabilisation fund. Already the groundnut, oil palm, and tobacco farmers have been given some incentives to encourage them in terms of providing good market price.

The state government wants to extend help to farmers without political interference. The Agriculture Commission is also actively working to protect the interests of farmers. All the government funding agencies have been directed by the Chief Minister not to force farmers to repay their loans. The YSR Bima Scheme was introduced to help the farmers."

The agriculture minister alleged that the previous government had not extended the incentives to farmers and added that 1,115 farmers died in the last five years out of which 454 cases were proved to be suicide. The remaining deaths are yet to be confirmed as suicide and the state government was paying an ex gratia of Rs 7 lakh each to the family members of the deceased.

YSRCP MLAs T Prakash Reddy and K Venkatrami Reddy expressed concern over the farmers' suicides. They requested the state government to extend support to the family members of farmers who committed suicide.