Ahead of PSLV launch, Isro chairman prays at Tirumala 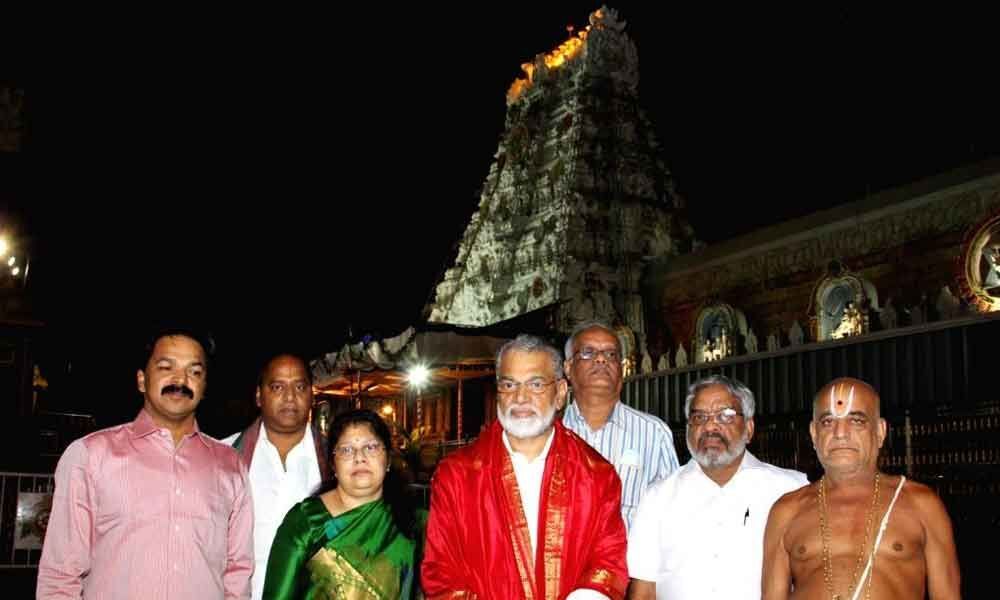 The Isro chairman, ahead of the launching of PSLV-C46, the countdown for which starts on May 22, visited the famous hill shrine along with the PSLV-C46 model which the priests placed at the feet of Lord and performed special pujas to it, to offer prayers to the presiding deity for the success of the space mission.

It may be noted here that before the launch of any major space mission, the head of Isro chairman visiting Tirumala to offer prayers for the success of the mission has now become a tradition.

Sivan said that following the practice of his predecessors, he visited the shrine to offer prayers to God for the success of the mission.

After the darshan, Sivan told media that Isro scheduled to launch PSLV-C46 on May 23. He also said that Chandrayan Mission 2 is on the tracks.

Recently, Isro disclosed that it was launching a radar imaging earth observation satellite RISAT-2B through PSLV-C46.

Later, Sivan visited the shrine of Sri Kalahastiswara at Srikalahasti on his way back to Sriharikota.

Temple officials and priests accorded traditional welcome to the Isro chief and conducted him to the sanctum sanctorum for darshan of Lord Siva.

Priests and Veda Pandits rendered Vedaseervacahanm to Sivan after his darshan.