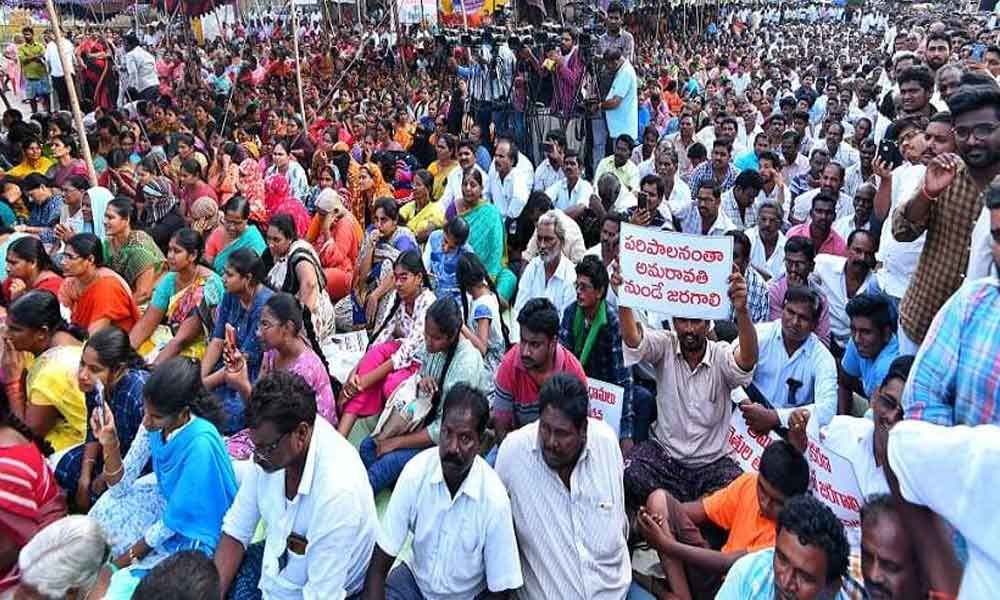 The protests of Capital region farmers in Amaravati have been continuing for the last two months.

The protests of Capital region farmers in Amaravati have been continuing for the last two months. In the meantime, the women and farmers have set up a program named Manava Haaram at Seed Access Road in Madadam. The farmers and women stood on one side of the road from the Mandadam center to the Rayapudi Center on Tuesday morning.

While the Chief Justice of the High Court was travelling along the same way, the farmers bowed down to the chief justice pleading for justice in concern to shifting of capital. "The government has brought our lives on the streets with the proposal of three capitals, " farmer said. Farmers and women are appealed to the judges to save Amaravati. The farmer believe that the justice could be served only through judiciary.

On the other hand, the farmers have reportedly attacked the YSRCP MP Nandigama Suresh's car in Sunday while he was passing by the capital villages.