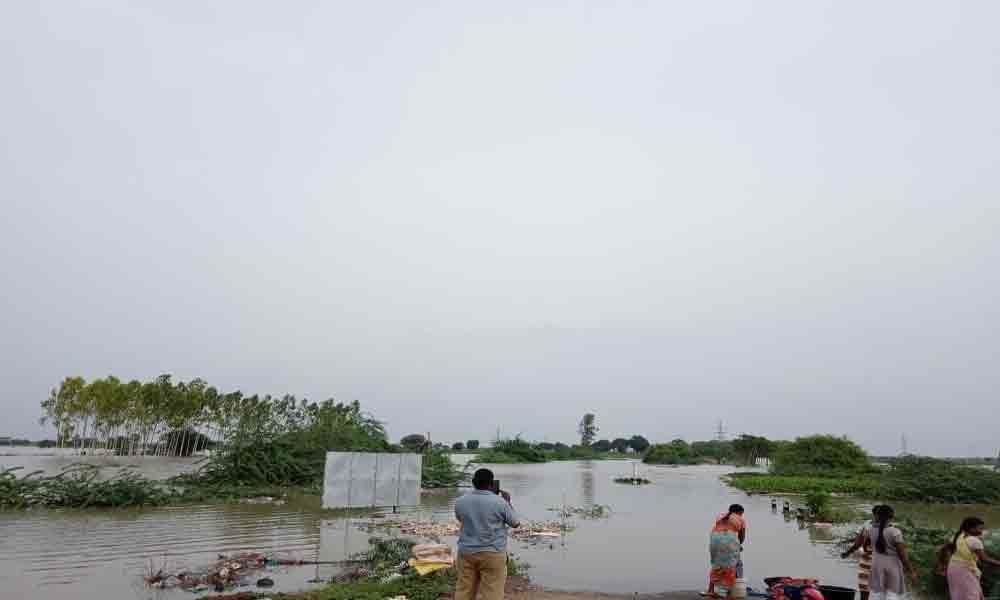 Following heavy discharge of floodwater from Pulichintala project, floodwater inundated agriculture fields in thousands of acre in Chamarru, KV Palem, Ambadipudi villages of Achampet mandal in the district on Wednesday.

Similarly, cotton fields were also inundated in thousands of acre in Amaravati, Machavaram; turmeric, banana and horticulture groves were flooded in Kolluru, Kollipara and Bhattiprolu mandals of Tenali revenue division. The officials are expecting that the floodwater will recede soon.

If the same situation is continues, crops in large area will be damaged. The road connectivity between Amaravati-Vijayawada was cut off following overflowing of floodwater onto a culvert at Pedamaddur between the two cities. APSRTC is operating the bus services up to Pedamaddur only.

Families residing in the island villages in Kolluru, Kollipara and Bhattiprolu mandals are worried about flood threat. MLA Annabathuni Sravan Kumar conducted a meeting and alerted the officials.

The district administration has taken all the precautionary measures to avoid losses due to the flood. Joint director of agriculture M Vijaya Bharati said so far, 650 hectare cotton fields were inundated in the flood water.