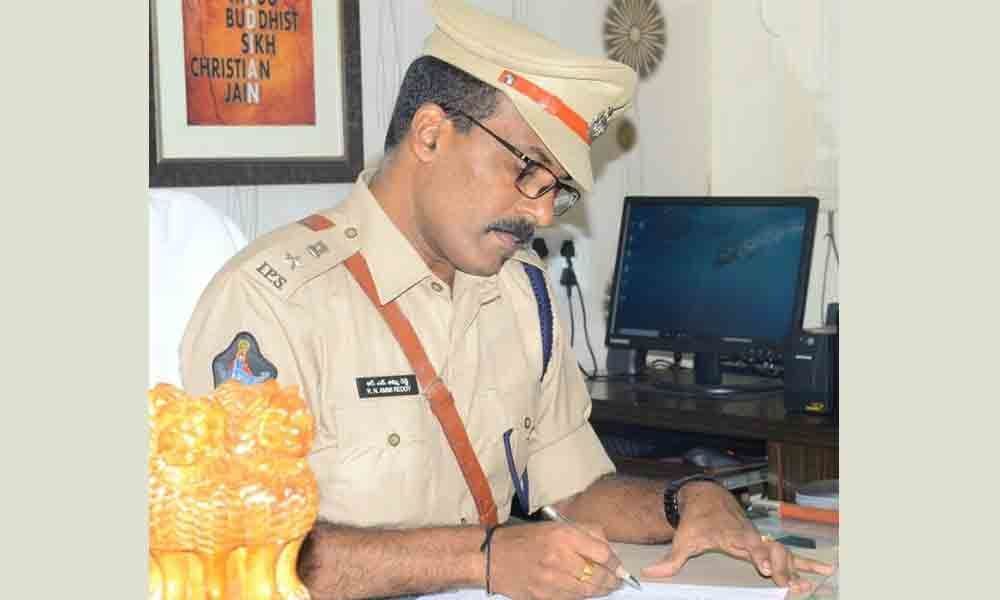 Later he reached district police office (DPO) and received charge from in-charge SP T Panasa Reddy. Speaking on the occasion, the new SP said that his priority is to maintain law and order, prevent crime against women and to reduce road accidents by implementing various precautionary measures.