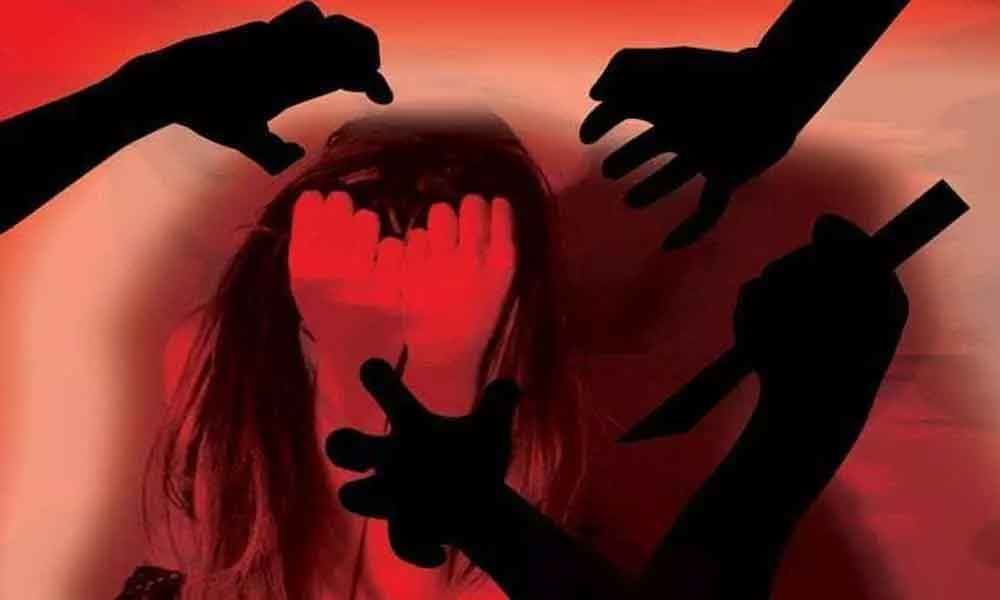 A young woman was allegedly raped by three men in Guntur district. The incident happened at Chinakakani of Mangalgiri mandal of Guntur district on...

A young woman was allegedly raped by three men in Guntur district. The incident happened at Chinakakani of Mangalgiri Mandal of Guntur district on Intervening night of Saturday and Sunday. The woman reportedly ran nude on the street to escape from the culprits, however, the trio chased her and allegedly raped her. The police have filed the case and held three men.

According to police, one of the trios belongs to ruling party leader's associates and the other two are Said to be having the criminal background. The police said they registered cases against the accused under section 366, 376 and 506. On the other hand, the villagers and the public are demanding severe punishment to the accused.

Going by the details, a woman from Tadepalli works in a private company in Vijayawada and Chaitanya an ITI student from Chinakakani has acquainted with the woman. Against this backdrop, Chaitanya took the woman to an isolated place on Saturday evening and called his friends and allegedly raped the woman. However, the police who held three men have kept the details of woman confidential.