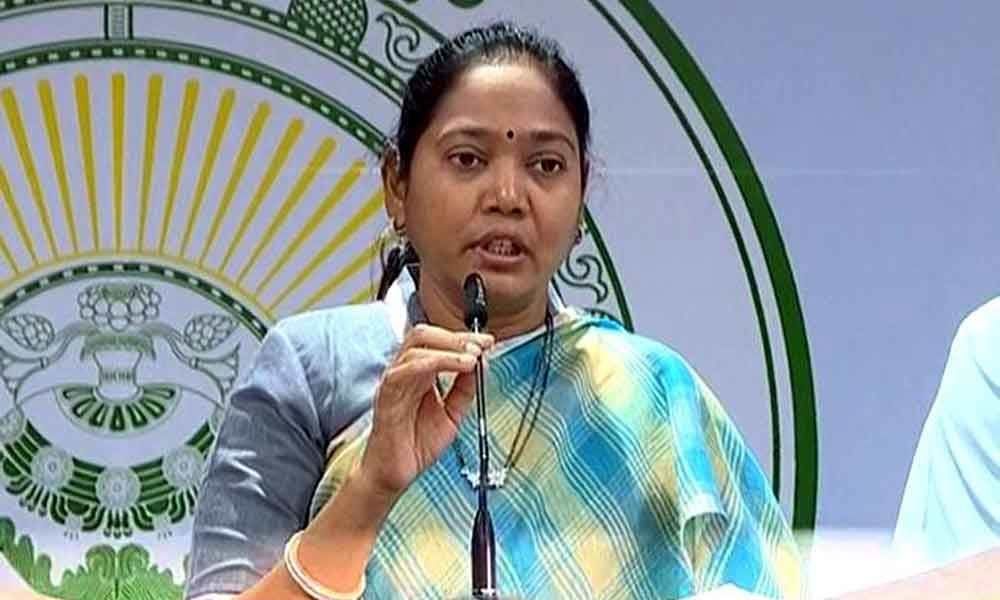 Home Minister Mekathoti Sucharita on Saturday alleged that many scams including 'insider trading' in the state capital Amaravati, illegal mining of...

Guntur: Home Minister Mekathoti Sucharita on Saturday alleged that many scams including 'insider trading' in the state capital Amaravati, illegal mining of mines and ESI scam took place during the TDP government ruling. Addressing a press meet at her camp office in the city, she said some newspapers and TV channels were publishing and telecasting wrong information to mislead the people. She warned that the government will take action on TV channels and newspapers as per the law if they publish wrong information against the government.

Speaking on the occasion, Sucharitha alleged that some newspapers making propaganda that drone cameras were taken videos of women taking bath in Amaravati and she said there was no truth in such reports.

She recalled that the police department was using drone cameras for a long time. She added that TDP leaders were encouraging agitations in the state capital Amaravati.