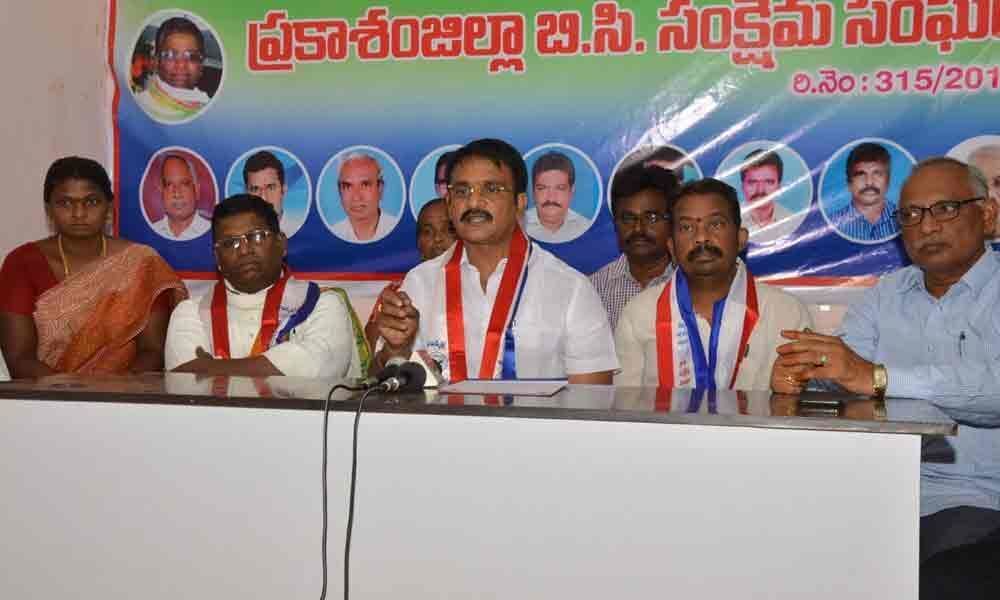 They canvassed in the village that no person would sell milk, groceries to the washermen families. He further said instruction were given even not to allow to fill the drinking water in the pots in the village and their animals will not roam in the fields of the other caste people, he explained.

Sharing another incident that took place in Kondavuru village of Vajrapukotturu Mandal in Srikakulam district, he said some villagers have occupied the burial ground of the washermen and the last rites of a man were forced to perform on a roadside recently. He called these incidents are barbaric and asked the upper caste people in their villages to be ashamed of their actions.

He demanded the government to take immediate action against the accused who were involved in such inhuman activities and prosecute them. He announced that the AP BC Welfare Association will extend support to the washermen community and stand by them.