Arrangements in place for counting of votes in Kadapa 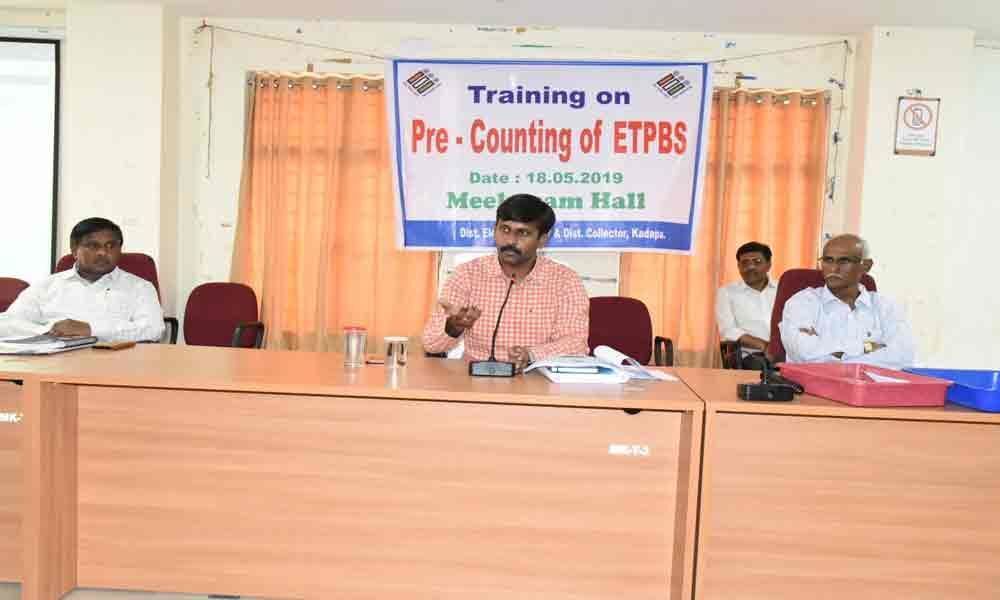 x
District Collector Ch Harikiran addressing a meeting of officials with regard to the counting of votes, in Kadapa on Saturday;(right) The officials who participated in the meeting
Highlights

With just 4 days remaining for counting of votes, the district administration has made elaborate arrangements for smooth conduct of counting procedure on 23 in the district.

Kadapa: With just 4 days remaining for counting of votes, the district administration has made elaborate arrangements for smooth conduct of counting procedure on 23 in the district.

Meanwhile counting of Punganur, Pakala, Palamaneru, Madanapalli assembly segments which come under Rajampet constituency will be held in Chittoor district. It was decided to set up total 93 tables for EVM's counting related to 10 assembly, and Kadapa and Rajampet MP seats, and as many as 18 tables for counting of postal ballots in the counting centre.

According to the official sources it was proposed to count Electronically Transmitted Postal Ballot Service (ETPBS), and Postal ballots in the first stage. After completion of these two counting procedures, EVM's counting will be taken up in the second stage.

Collector CH Harikiran said to The Hans India that it will take at least 4 minutes for counting each ETPBS as it has to be processed in 5 stages of scanning to get the result. He said that it will takes at least is 1 hour to count 3 rounds of EVM's on each table. Collector detailed that names of 112 counting agents from all political parties were sent to the ECI for confirmation. He said counting of VV pad's will be organised under lottery system as per the guidelines.