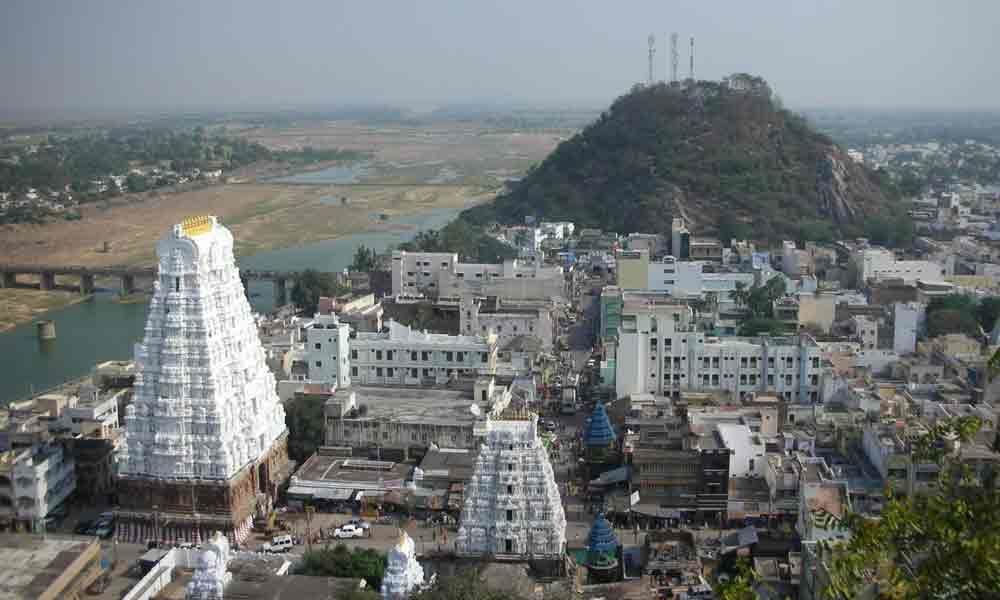 x
An aerial view of the Sri Kalahasteeswara Swamy temple in Srikalahasti. (Below) A police team conducting a security audit on the instructions of Urban SP KKN Anburajan
Highlights

Tirupati: The Tirupati Urban district police conducted a security audit at famous Lord Shiva temple in Srikalahasti, popularly known as Dakshina Kasi, and found several lapses. The temple security is under the control of the AP Endowments department. The CCTV cameras installed at vital locations are not functioning and data recorded from CCTVs can be stored for only 20 days.

In the audit, the Additional SP found security staff were not trained to give protection to temple and devotees. Every day, more than 50,000 devotees visit Srikalahasti temple to have Lord's darshan and perform the Rahu Ketu poojas.

The cops found security personnel were not checking the devotees and only maintaining queue lines. Luggage bags were not scanned as per the security norms. The door frame metal detectors at the temple entrance and near sanctum sanctorum are not working. The cops noticed security guards were not checking devotees taking part in Rahu Kethu pooja.

He advised EO to purchase sufficient number of door frame metal detectors for automatic checking of devotees and appoint a responsible person to supervise day-to-day security. One of the major recommendations of the SP is to replace defunct CCTVs with new ones.