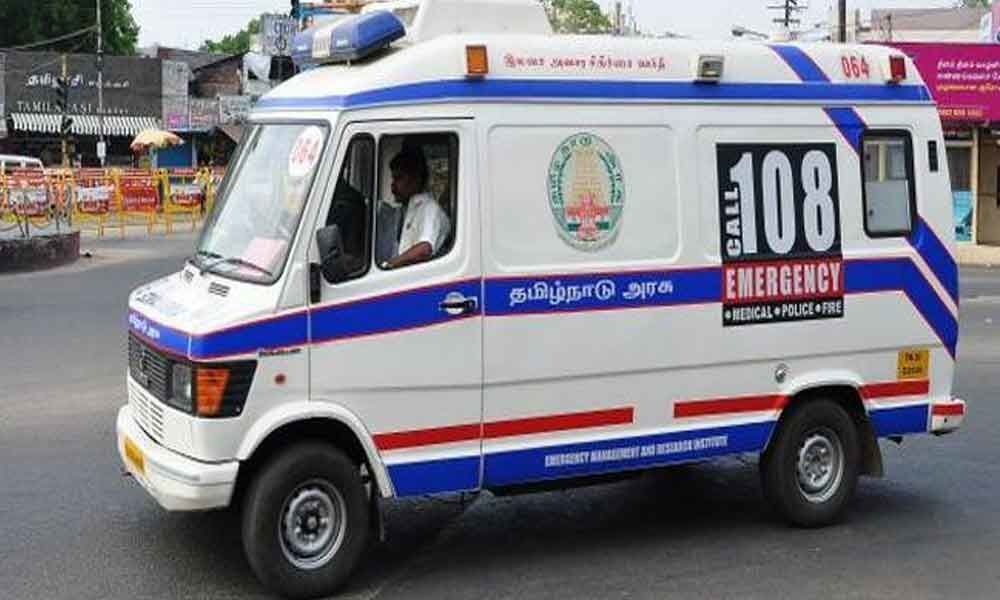 A Pregnant woman, who was bleeding without completing the months has seen the hell on the road in Nellore district.

Nellore: A Pregnant woman, who was bleeding without completing the months has seen the hell on the road in Nellore district.

The woman, who is supposed to be drop at the hospital was left on the road as there is no fuel left in the vehicle. The 108 ambulance staff said they will return back after filling the fuel.

On seeing the pain of the woman at the bus stop, an auto driver has shown humanity by coming forward to take her in his auto to the Nellore government hospital.

On the complaint of bleeding, a six months pregnant woman of Nagulavellatur village in Chejerla mandal has been carried in 108 ambulances to a private hospital at Podalakur along with her family members.

Every month she regularly gets the checkup done at the same private hospital. As her condition was critical the doctors advised to take her immediately to Nellore for better treatment.

In the meantime, as there is no fuel in the vehicle, the 108 ambulance staff has gone to fill the fuel by leaving her on the road. As the return of the ambulance is getting delayed the pregnant woman, who was bleeding has seen hell on the road.

On seeing her struggle the locals gathered in huge numbers, even her family members were also in a helpless position. At this critical situation, an auto driver has come forward to take her to Nellore. But after some time the 108 ambulances returned and taken the women to the hospital in Nellore.

Speaking on the incident the 108 ambulance staff said, in the beginning, we said to her that we'll take to Nellore, but she insists to take her to the private hospital at Podalakur.

On the advice of the 108 ambulance staff, if the woman was shifted to Nellore than the situation would be different says the family members of the Pregnant woman.