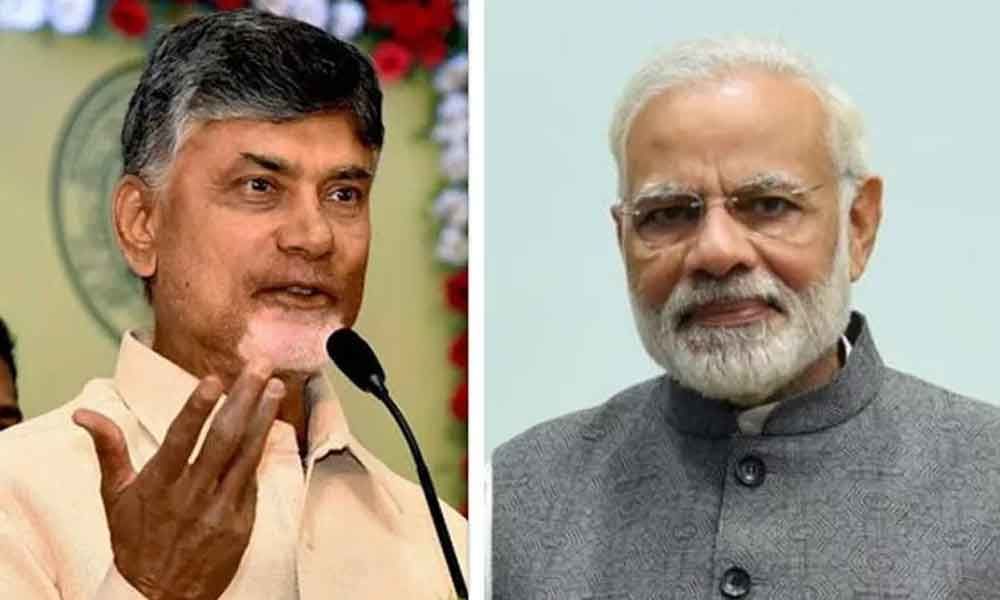 The economic package announced by the Modi-led central government in the wake of the corona virus is receiving applauds from all quarters of the...

The economic package announced by the Modi-led central government in the wake of the coronavirus is receiving applauds from all quarters of the country. Former Congress President Rahul Gandhi welcomed the Center's action yesterday, and praised. Off late former chief minister Chandrababu Naidu has also poured showers on Modi government. He said "With the spread of corona spread, Modi has announced that the financial package announced will benefit the non-profit groups."

To this extent, he wrote a two-page letter to Modi. In the letter, he thanked Modi for announcing insurance to sanitation workers and health workers. Chandrababu appreciated Modi for assisting the farmers by paying Khariff charges to those financially deprived. He also urged to help the small and medium scale industries.

Earlier on Thursday, the government announced a Rs 1.7 lakh crore package to deal with coronavirus. As per the central government announcement along with insurance cover for medical personnel about 800 million people will be provided with free cereals and cooking gas apart from cash through direct transfers for three months.

Under the Pradhan Mantri Garib Kalyan Yojana Rs 1,000 ex-gratia payment for approximately 30 million poor senior citizens, widows and disabled will be provided and a Rs 50 lakh insurance coverage each for about 2 million healthcare workers who are battling the disease will also be provided.

While the centres has asked the states to use the Building and Construction Workers Welfare Fund to provide relief to construction workers and assured of providing the first installment of Rs 2,000 under the Pradhan Mantri Kisan Yojana 87 million farmers in April.