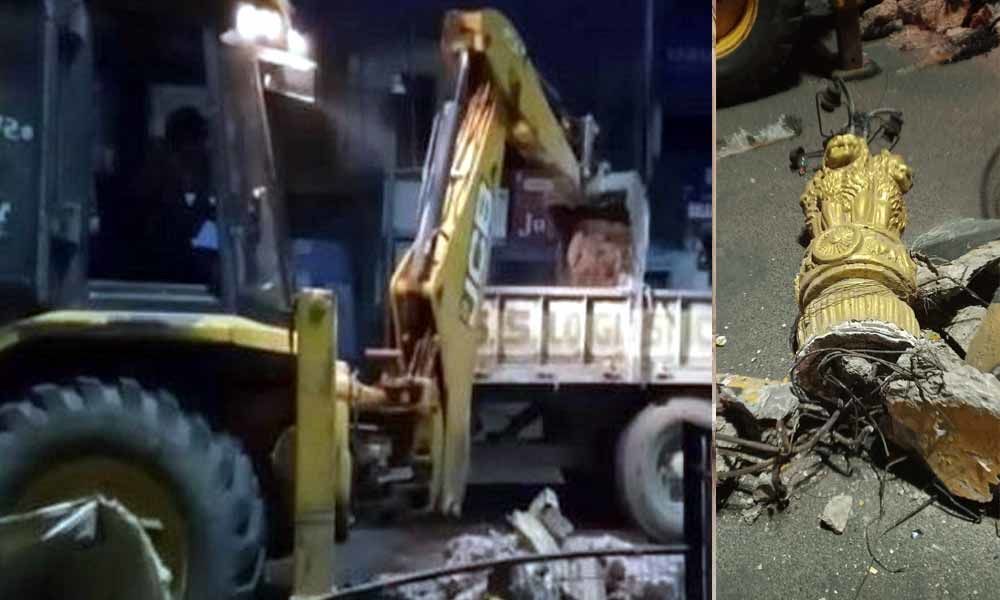 The pillar which was constructed during the pre-independent era was the junction of three major roads of the city. With time it became so significant that the road was popularly called 'Three Lanterns Junction by the locals.

The pillar had an emblem carved on it with three lions. It was constructed to provide light for the people travelling during the night.

The administration is now planning to new construction on the same spot.

Shocked to see @ysjagan demolish the historic 'Three Lanterns Pillar' in the heart of Vizianagaram. This is one of the many deliberate efforts to erase the contributions of Sri @Ashok_Gajapathi's family to the region. Petty politics must never take precedence over history! pic.twitter.com/Ngezn1wt12