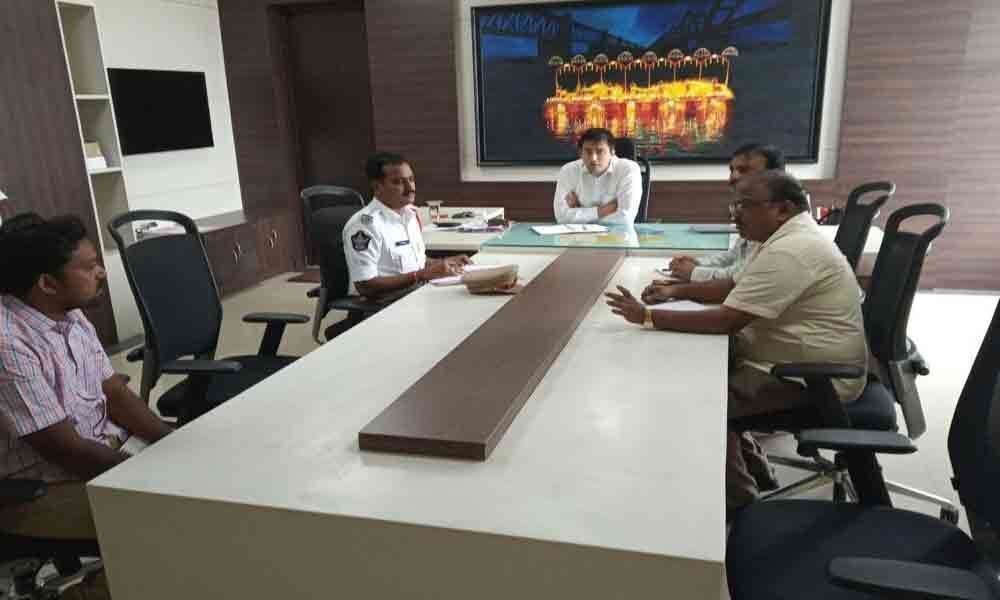 Municipal Corporation Commissioner Sumit Kumar has underlined the need to regulate traffic movement in the city due to increase in the number of vehicles and people coming from different places.

Rajamahendravaram: Municipal Corporation Commissioner Sumit Kumar has underlined the need to regulate traffic movement in the city due to increase in the number of vehicles and people coming from different places.

Reviewing the traffic movement in the city with traffic police and city planning officials at his chamber here on Tuesday, he said traffic regulations should be imposed at Pushkar Ghat, main road, Kamabala tank, Katari Nagar centre, Godavari bund etc and directed the traffic police to take stringent measures to regulate traffic immediately.

Many people are complaining about irregular traffic movement in the city and he asked traffic police and city planning and other departments to work in coordination in this regard.

He also underlined the need to take steps for the proper functioning of closed circuit cameras in the city along with the development of junctions. The entire city is pointing out about the irregular traffic in the city, he complained.

Traffic inspector Srinivas Yadav said the movement of cattle on the roads is posing problem for traffic movement and also said parking of vehicles is very important and also underlined the need of implementing one-way traffic in Danvaipeta and central parking in the main road. City planner Vara Prasad, manager T Srinivas and others were present.