Clashes between TDP and YSRCP activists in East Godavari district 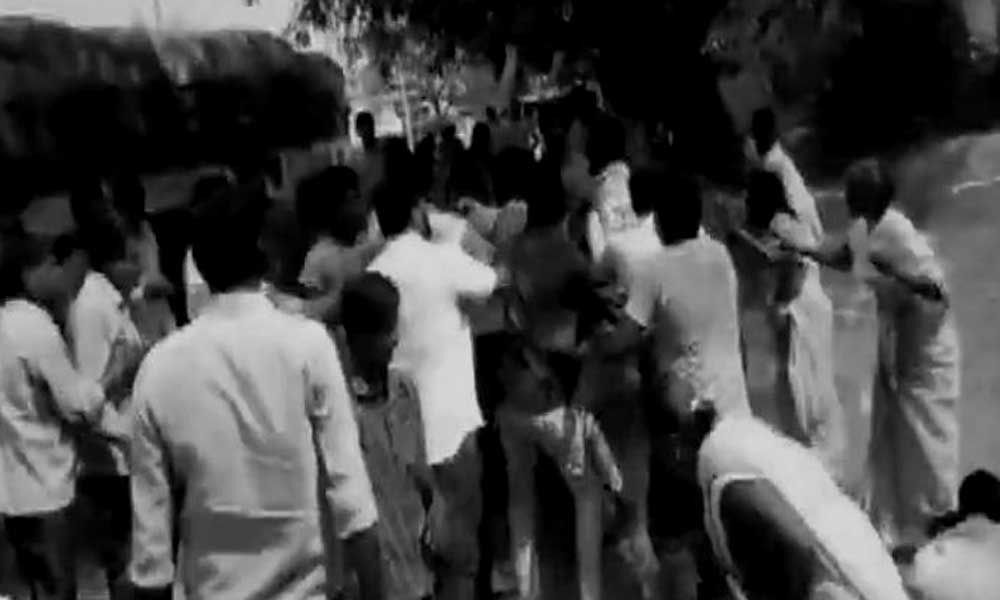 The tension prevails as the clashes between TDP and YSRCP activists erupted at B.Kottur in East Godavari district on Monday.

Kakinada: The tension prevails as the clashes between TDP and YSRCP activists erupted at B.Kottur in East Godavari district on Monday.

Both the groups attacked each other with iron rods and sticks. In the incident, 13 persons have suffered serious injuries. All the injured were shifted to a nearby hospital. Where doctors said four victims are in the critical condition.

Over the information, the police have reached the incident spot, even DSP Ravi Varma visited the village to assess the situation.

It's known that in 2019 general elections, the YSRCP has achieved landslide victory by winning 151 Assembly and 22 Parliament seats.

Since the elections results, the tension prevails at B.Kottur here in the district. There are continuous controversy going on between TDP and YSRCP activists.

The clashes which started during the polling day are still continuing to this day. On Monday, again both the groups got into heat argument and attacked each other. The police have reached the spot and controlled the situation.