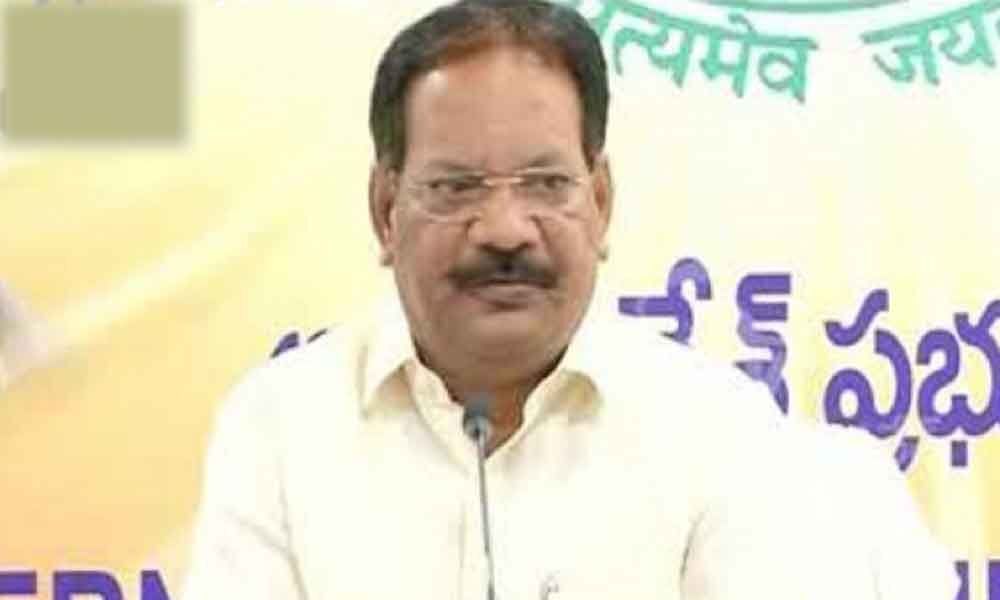 He questioned Narendra Modi, KCR is holding reviewing meetings, what is wrong if Chandrababu Naidu will hold similar meetings

Guntur : Minister for Social Welfare Nakka Anand Babu argued that Chief Minister N.Chandrababu Naidu has right to hold review meetings with the officials on general administration.Reacting on the news item published in The Hans India, under the caption of " Naidu is CM without powers" today , he recalled that T-state Chief Minister KCR, Prime Minister Narendra Modi is holding reviewing meetings. He questioned what is wrong, if Chandrababu Naidu will hold similar review meeting on people's problems.

Addressing a press meet held in the TDP state office in Guntur city on Thursday,he agreed that CM has no power to issue orders or instructions, but he may hold review meetings with the officials. He alleged that Election Commission of India is responding on the petitions filed by the YSRCP, not reacting on petitions filed by the TDP.

He further said that BJP,YSRCP, KCR hatched a conspiracy against the Chief Minister N.Chandrababu Naidu and warned that voters will teach a lesson to the BJP, YRCP. He expressed confidence that TDP will get more seats in the recent general elections and Chandrababu Naidu will become CM for another term.