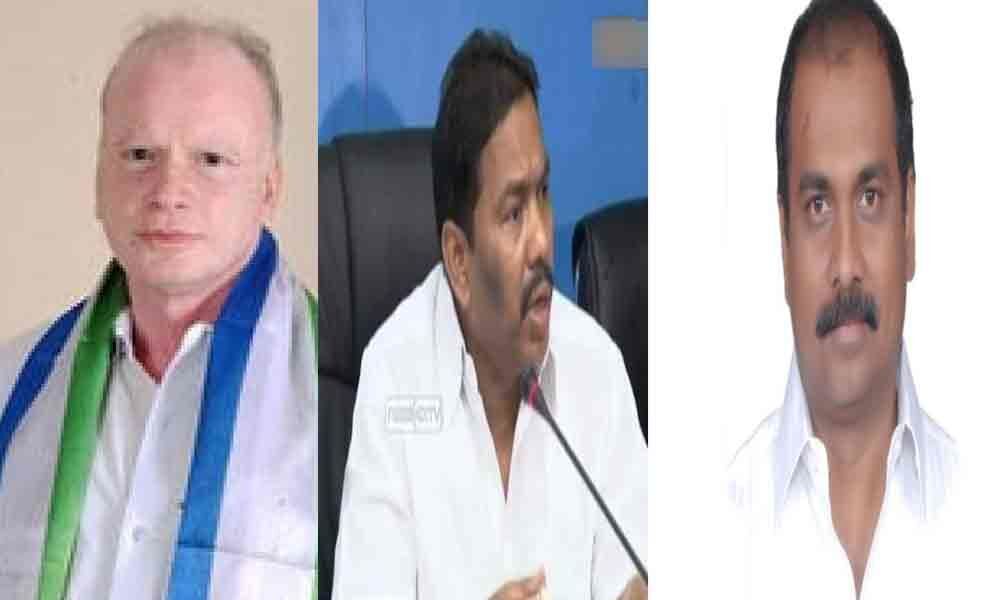 Rajamahendravaram: Chief Minister YS Jagan Mohan Reddy has given three Cabinet minister posts to East Godavari district based on loyalty and experience of theparty leaders. He has given berths, one each to BC, Kapu and SC MLAs. All the three sailed with Jagan Mohan Reddy fromthe beginning of YSRCP.

Pilli Subash Chandra Bose hailed from Hasanabad of Ramachandrapuram mandal and completed B.Sc in VNM College in Ramachandrpuram. Later he held first political post as Zilla Parishad co-option member in the year 1978 and elected as Hasanabad sarpanch in 1983. For the first time, in 1985 elections, he contested on Congress ticket as MLA from Ramachandrapuram and was defeated.

PinipeViswaroopwas born in Nadavapalli village of Mummidivarammandal and studied B.Scand B.Ed. He entered into politics in 1989 with the inspiration of former Chief Minister Dr YS Rajasekhar Reddy.First time in 1998, he had contested from Mummidivaram on Congress ticket and was defeated and was again defeated in 1999 elections.

In 2004 elections, he was elected from Mummidivaram and in was elected from Amalapuram in 2009 on Congress ticket. Viswaroop worked as minister forfive years in the Cabinets of Dr YS Rajasekhar Reddy, K Rosaiah and N Kiran Kumar Reddy. Later, he worked with Jagan Mohan Reddy.

KurasalaKannaBabu hailed from Settipeta village of Nidadavolumandal and completed MA with journalism.He had worked as a reporter in Eenadu atMaredumilli and later worked at its state bureau. He entered into politics in2009 through PrajaRajyam Party and was elected from KakinadaRural constituency and later worked in Congress as PRP was merged in Congress. In 2014 elections, he was defeated from the sameconstituency as independent candidate and was elected in 2019 elections on YSRCP ticket.