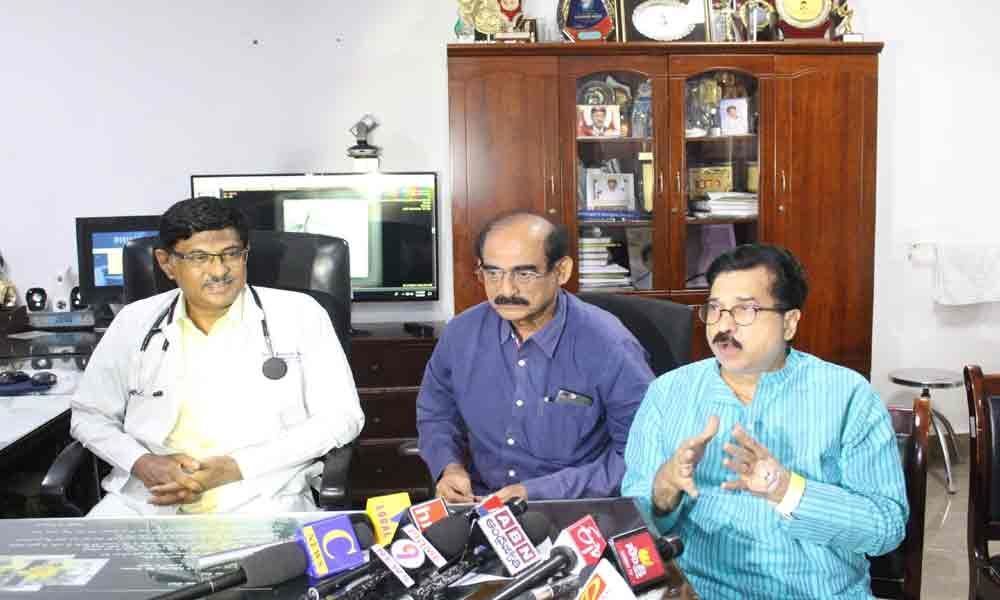 Ninety per cent of the 75-lakh people who die of cardio-vascular diseases every year, lose their lives due to delay in receiving treatment in ‘Golden Hour’.

Vijayawada: Ninety per cent of the 75-lakh people who die of cardio-vascular diseases every year, lose their lives due to delay in receiving treatment in 'Golden Hour'. Most people neglect pain assuming it as gastric problem, said Dr P Ramesh Babu, MD and chief cardiologist of Ramesh Hospitals.

This condition is known as 'Wellens Syndrome' in medical terminology, he stated and added this can be diagnosed only by expert cardiologists. Even though there is major damage to the heart, due to Wellens syndrome, ECG and other tests may not indicate the problem, said the doctor.

For patients with this syndrome, there is a chance of having major block in LAD (Left Anterior Descending) artery. If this is not diagnosed, it would be fatal. He was referring the case of senior journalist P Krishnaji, who suffered pain in the chest at midnight and thought it was gastric problem.

Luckily, he reached the hospital in 'Golden Hour'. On diagnosing the ECG and Cardiogram showed changes in the heart which indicated Wellens syndrome and he underwent angiogram procedure and it was found that most important blood vessel carrying oxygen to the heart was blocked, he said.