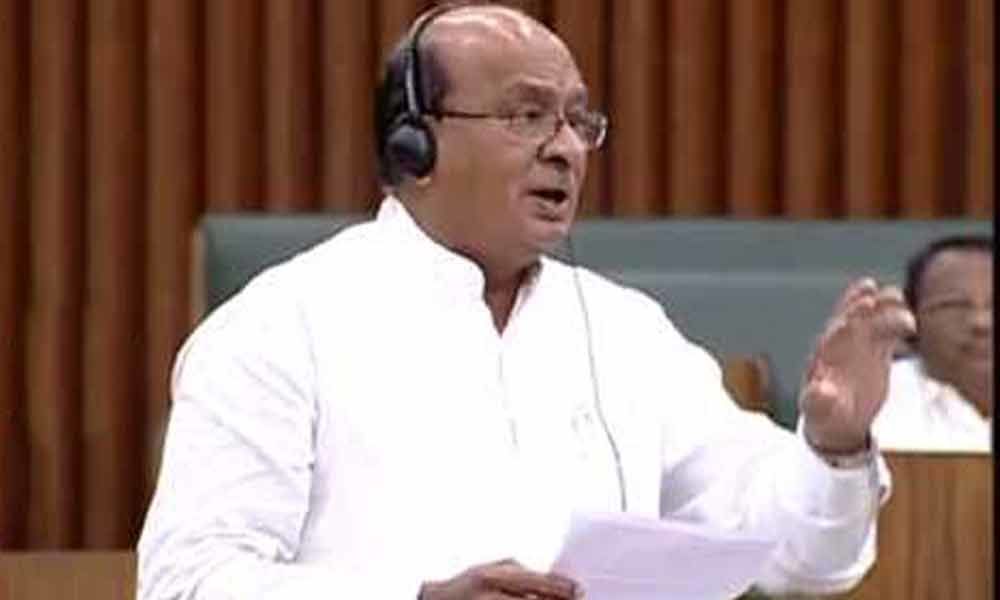 Amaravati: TDP senior MLA Gorantla Bucchaih Chowdary said that Governor ESL Narasimhan in his address failed to unveil clear vision of the government. He said there were no details like availability of funds to implement Navaratnalu promised by the government.

Participating in the debate on the motion of thanks to Governor's speech in Assembly on Tuesday, Chowdary said there was no plan to implement Navaratnalu programme.

He lamented that Governor's address did not even mention the achievements of the previous government.

"The state bagged more than 600 awards in the last five years and also registered highest growth rate in the country. But these achievements found no place in the Governor's speech," he said.

He criticised the state government for stopping Amaravati capital city construction works, including the High Court, road works, construction of the Secretariat and the MLA quarters. He asked Chief Minister YS Jagan Mohan Reddy to reveal his stand on the developmental works.

Asking the state government to give clarity on the implementation of Amma Vodi scheme, he social welfare pension beneficiaries would lose Rs 10,000 crore in the next five years since the state government failed to implement its promise towards increasing pension up to Rs 3,000 from Rs 2,000 a month.