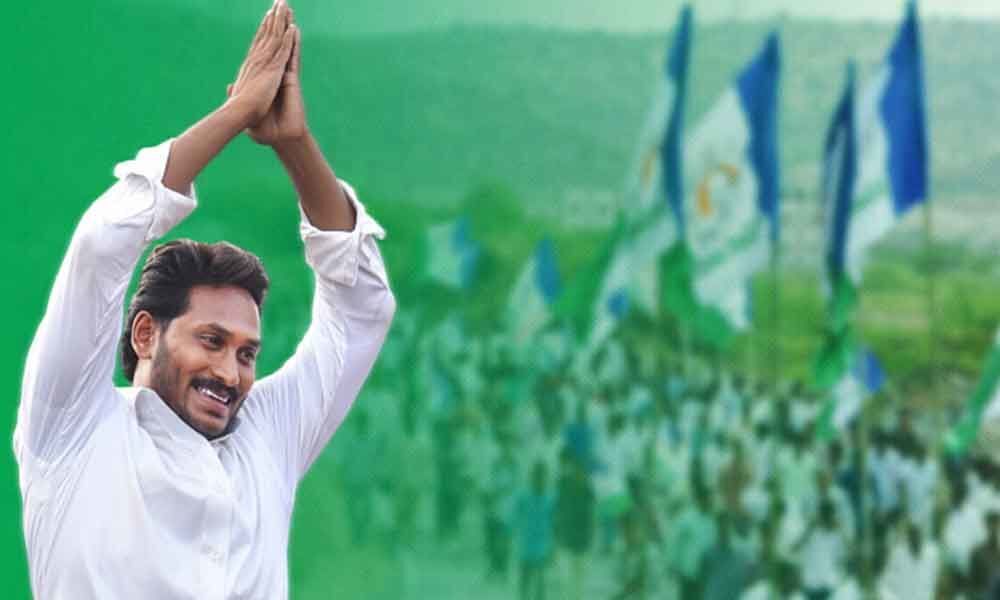 It's exactly one month time left for the 2019 general elections results in AP. With this, the whole state is eagerly waiting for the results. All the political parties are confident in winning the elections.

Hyderabad: It's exactly one month time left for the 2019 general elections results in AP. With this, the whole state is eagerly waiting for the results. All the political parties are confident in winning the elections.

On the other side, the betting mafia is busy in conducting the bettings on the hot seat, and on the prominent leader's votes majority. Recently few surveys have confirmed that YSRCP is going to win in the elections.

With this, even the people have come to the same conclusion. It's also said the YSRCP chief YS Jagan Mohan Reddy is going to become the next Chief Minister of the state.

On the candidate's votes majority, the fancy betting is also conducted by the organizers. Mainly, everyone's eyeball is on YS Jagan's majority in Pulivendula constituency. It's said this time it is going to be a record high majority.

The TDP chief Nara Chandrababu Naidu is contesting from Kuppam Assembly constituency. But it is said that YS Jagan will win with the huge majority even when compared to Chandrababu Naidu's majority.

With this, the bettings are conducted on YS Jagan's majority, Chandrababu Naidu and his son Nara Lokesh's votes majority. There is a talk that if the father and son's majority is calculated together even then it will not cross the majority of YS Jagan in Pulivendula.

However if we keep the AP elections results aside, but the bettings are creating the hulchul and continuing the heat of the elections in the state.