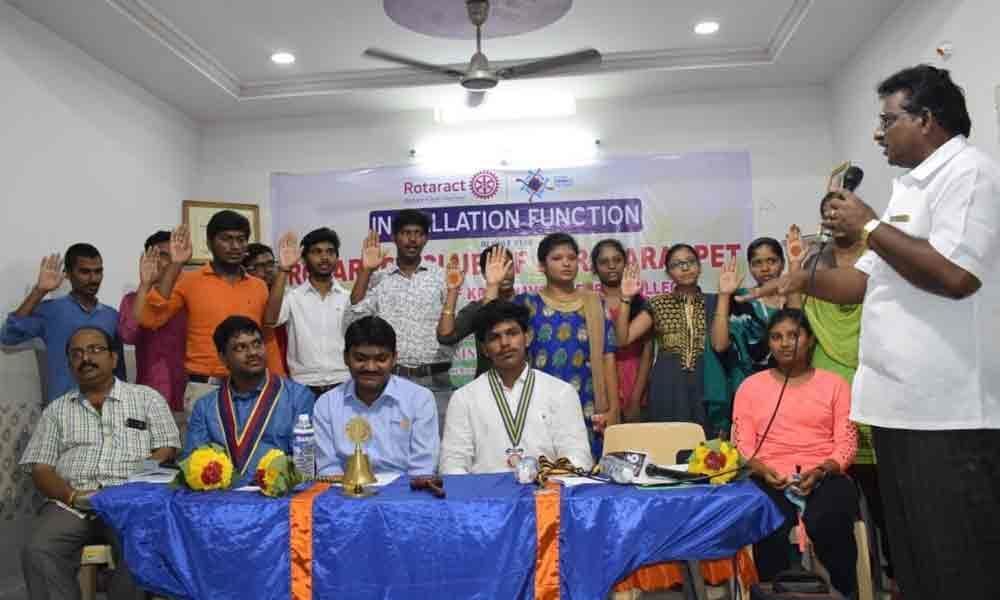 The installation function of Rotaract Club located in Narasaraopet was held on Sunday.

Guntur: The installation function of Rotaract Club located in Narasaraopet was held on Sunday. On the occasion, Rotaract Club of Narasaraopet and rest of the college clubs were installed. Rtr P Thansen attended as the chief guest. Rtr A Vinod Kumar and Rtr Mamidi Subba Rao acted as induction officers and presided over the function.

Speaking on the occasion, Thansen explained about the Rotaract and the benefits of the club. He appealed to people to join the Rotaract clubs and extend their services for the development and welfare of the society. He further said that all the members of the Rotaract club should follow the motto 'Friendship through Service'.

Rtr Sai Ganesh B as president, Rtr Maddu Harini Sri Akshaya as secretary and Rtr Farook Abdulla Shaik as treasurer along with the team of bearers for the year 2019-2020 were installed on the occasion.