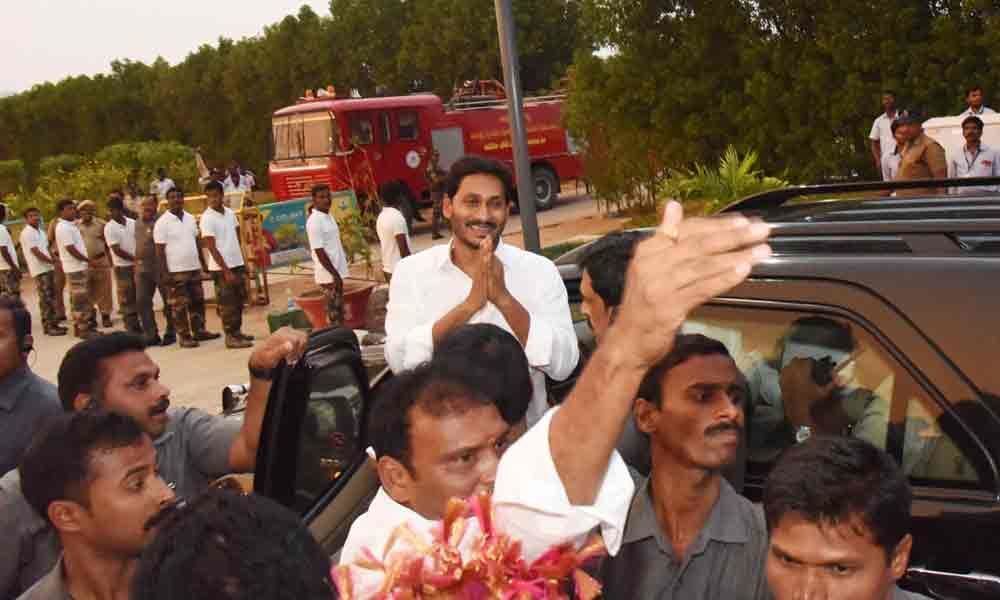 Tirupati: An unending row of people standing on both sides of the road greeted Chief Minister-designate YS Jagan Mohan Reddy on his maiden visit to the pilgrim city on Tuesday after his party making an unprecedented victory in the elections.

Police had a tough time to manage the surging crowd at many places including at check-post junction, Karkambadi, Leelamahal Circle, Nandi Circle and Alipiri where more number of people gathered to have a glimpse of their beloved leader proceeding to Tirumala after he landed in the airport this evening.

Sloganeering by the crowd hailing Jagan Reddy and his party and the bursting of crackers and fireworks at many places rented the air turning it colourful and adding to the festive atmosphere palpable all along the 22 km route from the airport to Alipiri, the starting point of Tirumala Hills.

As it was the first visit of Jagan after the election, men and women from the city joined with activists to according a tumultuous welcome to the CM-designate, who all along the route stood cheering atop his vehicle, waving at the crowd responding to their greeting. Party leaders and activists from all over the district and neighbouring district also arrived to welcome Jagan adding more to the rush.