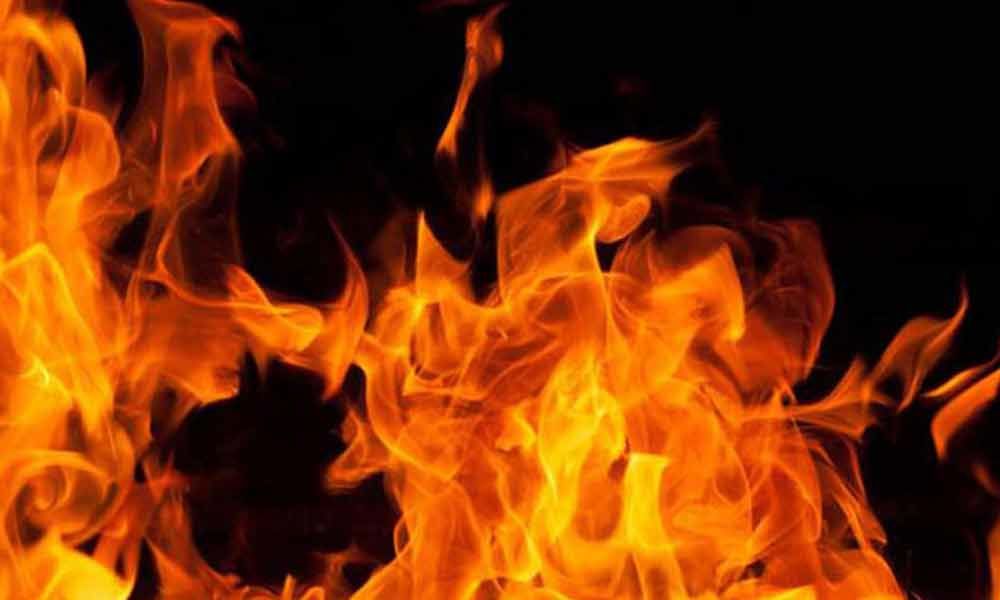 On the early hours of Tuesday, a massive fire broke out in Sri Chakra Cold Storage godown located at 10 Bollavaram village in Nandikotkur constituency.

Kurnool : On the early hours of Tuesday, a massive fire broke out in Sri Chakra Cold Storage godown located at 10 Bollavaram village in Nandikotkur constituency.

Huge quantity of various agriculture feed belonging to several farmers was known to have preserved in the godown.

On learning about the fire mishap four fire tenders were pressed in to the field to bring the fire to control.

According to sources and the officials of fire department short circuit could be the reason behind the incident. Agri feeds like, Mirchi, Onions and others were known to have stacked in bulk quantity.

The primary loss estimated by the fire department officials is known to in and around Rs. 2 crores.

More information viz. the actual quantity stored, types of feed and the actual reason behind the fire mishap is yet to know.