Modi will be unseated from power: AP CM 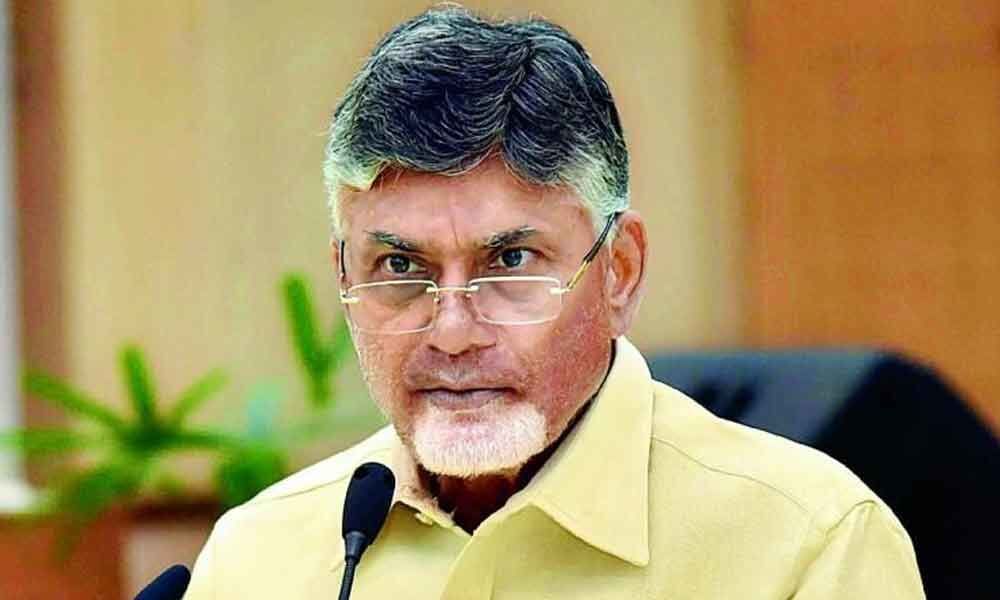 Amaravati: Reacting on Prime Minister Narendra Modi's comments, TDP president N Chandrababu Naidu said on his Twitter post on Saturday that his fight was not against the ECI but on BJP, Modi, Shah and officials who failed to implement the Model Code of Conduct impartially.

Naidu said, "Whether it is Narendra Modi's majority and minority speech in Wardha on April 1 or his invocation of Pulwama and Balakot issues in Latur and Chitradurga rallies on April 9, the content of both speeches breached MCC. We never attacked the Election Commission of India on personal basis."

He said that on May 23, people of India will remove Modi and his team, who are trying to play without umpires, destroying the referee system itself.

The people of India will select new team, who will play by the rules, who will respect the game called democracy, and who will protect all umpires from the attacks of rule violators like Modi.

Modi did not have any sanctity that is required for a Prime Minister, he said. Coming down heavily on Modi, Naidu said, "He makes indecent remarks on late Prime Ministers, on the family members of politicians, he misuses country's defence forces for political ends, and uses religion to divide and rule.

He will kill all institutions and destroy political opposition and political leadership. This is his Gujarat model. And with such a track record, Modi preaches standards."

The TDP supremo said that his fight against the ECI was for preserving the institutional integrity and the neutrality of the election process.

The ECI has to apply same yardstick for all political parties, Naidu demanded. It should stop politically motivated vindictive IT and ED raids being conducted at the behest of Modi on opposition political leaders to kill political opposition in the country.

He wondered if the ECI was willing to spend 73 days for general elections why not six more days to count at least 50 per cent VVPAT slips. "Why the ECI is worried. Why Modi is worried," he questioned.

"The Election Commission responds within hours when the BJP or its friendly parties like YSRCP makes a complaint.

They demand in the morning that a particular official should be transferred and by evening that officer is transferred," Naidu alleged.