No deviation in supply of HNSS water to Kuppam: N Reddappa 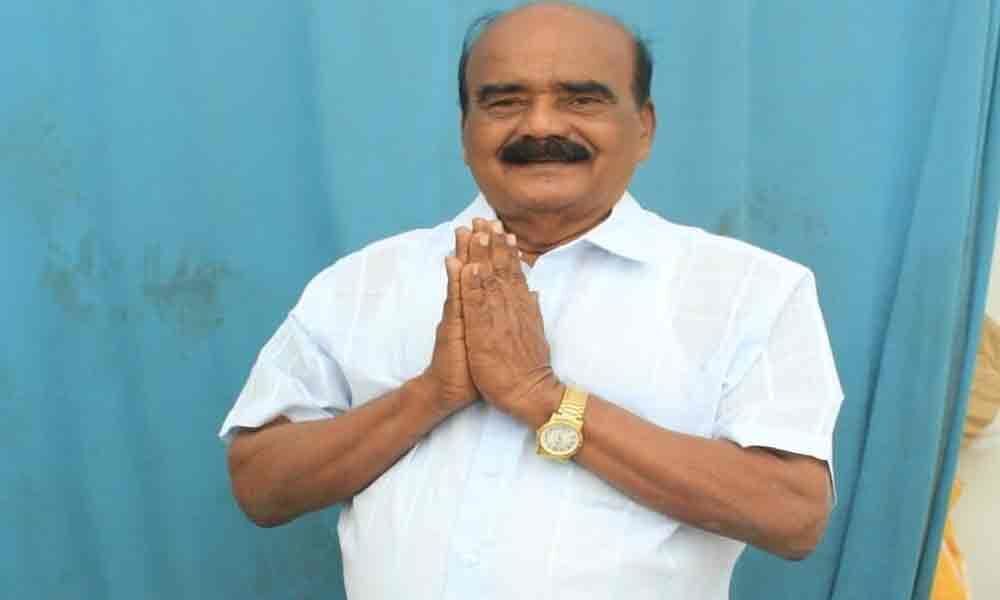 e did not expect that he would become an MP of Chittoor as he was almost confined for his law practice and local politics before he was elected.

Chittoor: He did not expect that he would become an MP of Chittoor as he was almost confined for his law practice and local politics before he was elected. He is N Reddappa, an SC candidate who was unpredictably elected as YSRCP MP for Chittoor. He is a resident of Punganur and follower of senior leader and Punganur MLA Peddireddy Ramachandra Reddy.

Reddappa defeated the senior most TDP leader Dr N Siva Prasad with a huge margin of 1.30 lakhs votes in an unexpected manner. Except in Kuppam assembly segment, Reddappa got good majority in all other segments - Chittoor, GD Nellore, Chandragiri, Puthalapattu and Palamaner - which come under Chittoor Lok Sabha seat.

While speaking to The Hans India, N Reddappa admitted that he did not expect that he would win with such a huge majority. He assured that he would strive for the welfare of downtrodden sections, particularly for SCs and STs. ``During the five years rule of TDP, no development has taken place in the district. Even the then Industries Minister Amarantha Reddy has failed to develop his own constituency Palamaner,'' the newly elected MP said.

He further said that YSRCP chief Jaganmohan Reddy, during his Sankalpa yathra in Chittoor district, gave number of assurances like strengthening Chittoor Cooperative Dairy , Chittoor Sugar Factory and others. With the blessings of the senior YSRCP leaders like P Ramachandra Reddy, Karunakara Reddy and Bhaskara Reddy, effective steps will be initiated to fulfil the poll promises, particularly Navaratnalu, " he assured.

Reddappa reiterated that there would be no deviation in supplying Krishna waters through HNSS Kuppam branch to Palamaner and Kuppam constituencies. He exuded confidence that Jaganmohan Reddy would certainly achieve special category status to the state and all the YSRCP MPs would exert pressure on the NDA Government at the Centre in this regard.