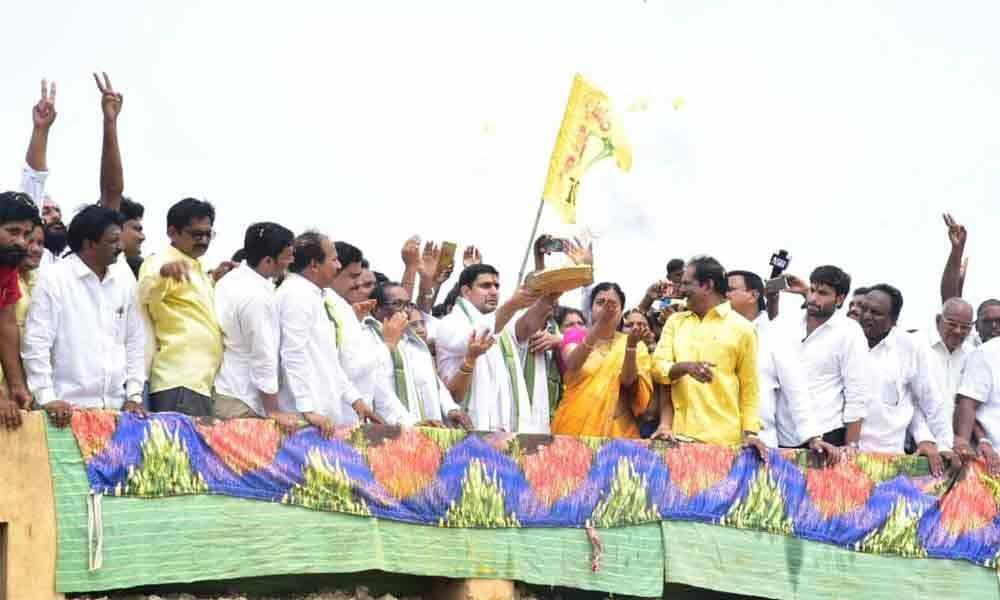 The flood water submerged the way to Polavaram cofferdam at the project site.

The water level reached 16 metres at PLIS against its minimum water drawing level of 14 metres. As many as 8,500 cusecs of water was released to Krishna delta through Polavaram right main canal.

The farmers along with the TDP leaders welcomed the Godavari water in Krishna district.

Jagan wanted to stop Pattiseema Project but now the government was compelled to release water to delta needs, he said.

Lokesh pointed out that Chief Minister Y S Jagan took U-turn many times during the last one month.

The government could not supply at least seeds to farmers and also failed to implement promises like Rs 3,000 monthly pension, stipend to unemployed graduates and other issues. The welfare schemes were being scrapped one after one, he said.

He said that the Chief Minister visited Kaleswaram Project but he could not digest the greatness of Pattiseema.