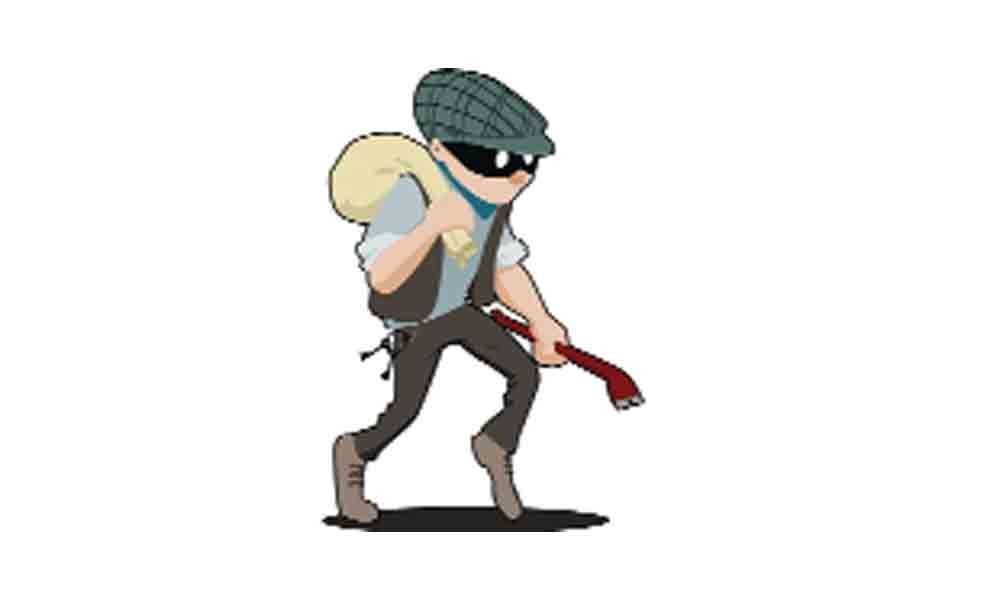 The residents, living in the colonies on the outskirts of the town fear to leave their home during summer as the burglars have been breaking the doors and looting the property.

Vizianagaram: The residents, living in the colonies on the outskirts of the town fear to leave their home during summer as the burglars have been breaking the doors and looting the property.

The house-breaking incidents have gone up during the past one month. Recently, a house belonging to a retired tahasildar in Vuda Colony was looted and a similar incident occurred in another colony on Monday night.

Another incident was reported at Baba Metta area and one more in Ring Road area. In all, 10 incidents were reported in the past one month in the limits of Vizianagaram town.

The burglars are targeting individual houses, which are situated at some distance from colonies and which are being locked for more than 2, 3 days. They are committing burglaries by breaking the doors of the locked houses.

Generally, people move to their native villages or go on some pilgrim tours during summer as children have holidays to their schools and colleges. The robbers are conducting recce during day time and looting the property at night. Under the prevailing circumstances, the locals fear to leave their homes.

Generally the apartments have a watchman and he would question the new faces if anybody enters into the premises. But in colonies, there is no such mechanism and the burglars are entering into those areas to commit burglaries and flee from the places.

Colonies like Kamakshi Nagar, Padmavathinagar, SVN Nagar, Ring Road area and Natraj Colony are some of the areas, which have most of the independent houses and the residents of these colonies are worried with the rise in house breaking incidents.

K Lakshmi of Bhagavan Nagarm stated, "'The police jeep used to come to our colony during night time. But for the past few days I haven't seen them. We have a fear of thieves and we dare not to lock our doors and move for a pilgrim tour," she said.

The town police and Central Crime Station have some staff and some constables are deployed on night beat. Even Sub-Inspectors, Circle inspectors also supervise the duties being rendered by the night duty beat constables.

But as per the information, the number of night vigil teams are currently reduced as the policemen are deployed for election duties.

A police officer said, "We are given election duties and other security related duties, So, due to lack of manpower, the night vigil has come down, anyhow we will look into the issue and keep vigil during nights and maintain law and order."