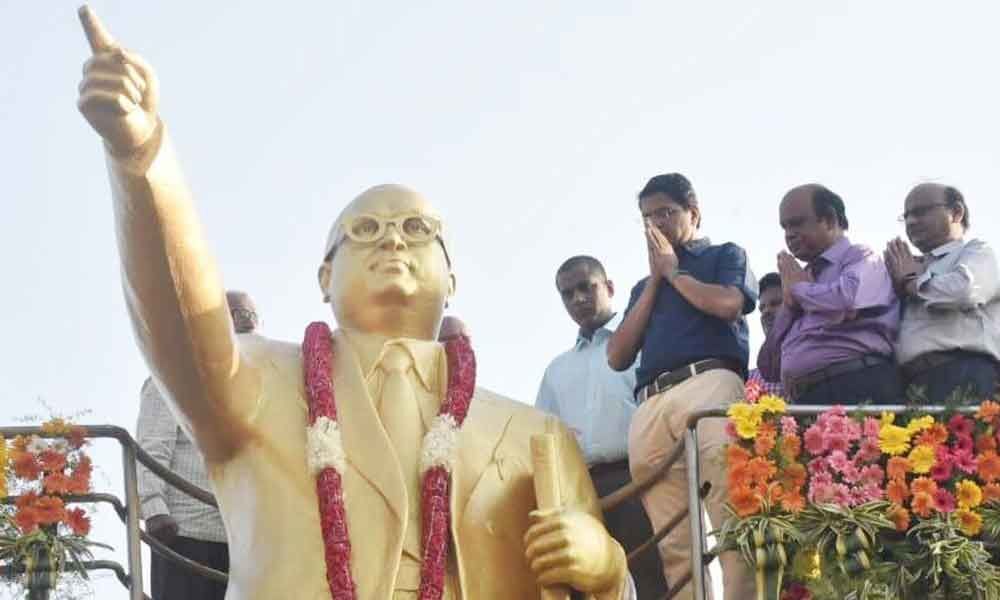 The 128th birth anniversary of Dr B R Ambedkar was celebrated in the city on Sunday in a grand manner.

Visakhapatnam: The 128th birth anniversary of Dr B R Ambedkar was celebrated in the city on Sunday in a grand manner. District Collector K Bhaskar, GVMC Commissioner M Hari Narayanan, officials and politicians garlanded the statue of Dr B R Ambedkar and paid tributes at LIC Building in Dwaraka Nagar.

Chairman of Andhra Pradesh State Sahitya Akademi K Enoch said that Dr Ambedkar was a true leader who believed and fought for the political, social and economic equality of the suppressed classes. He attended as chief guest for the birth anniversary celebrations of Ambedkar organised by students and staff of Andhra University on its campus.