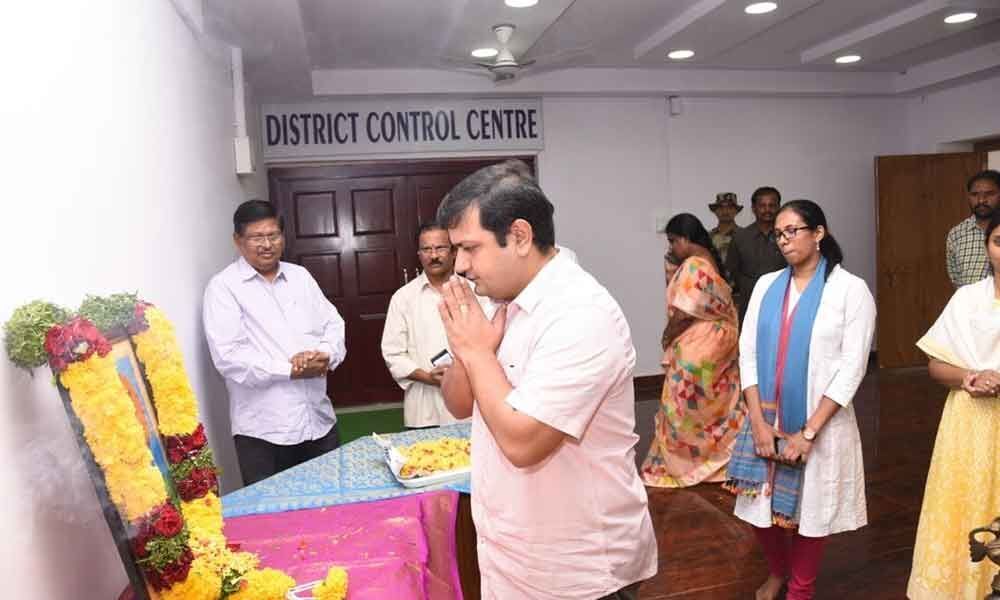 Ongole: The Prakasam district administration celebrated the 193rd birth anniversary of social reformer and anti-caste activist Jyothirao Phule on Thursday. The backward classes' welfare department has made arrangements for the celebrations at the CPO Conference hall and invited the district Collector as the chief guest. The Collector and district election officer Vadarevu Vinay Chand offered rich tributes to Jothiba Phule by garlanding his photograph.

Later, the Collector and other officers garlanded the statue of Mahatma Jothiba Phule at the vegetable market and recollected his services to society through education to women and downtrodden.