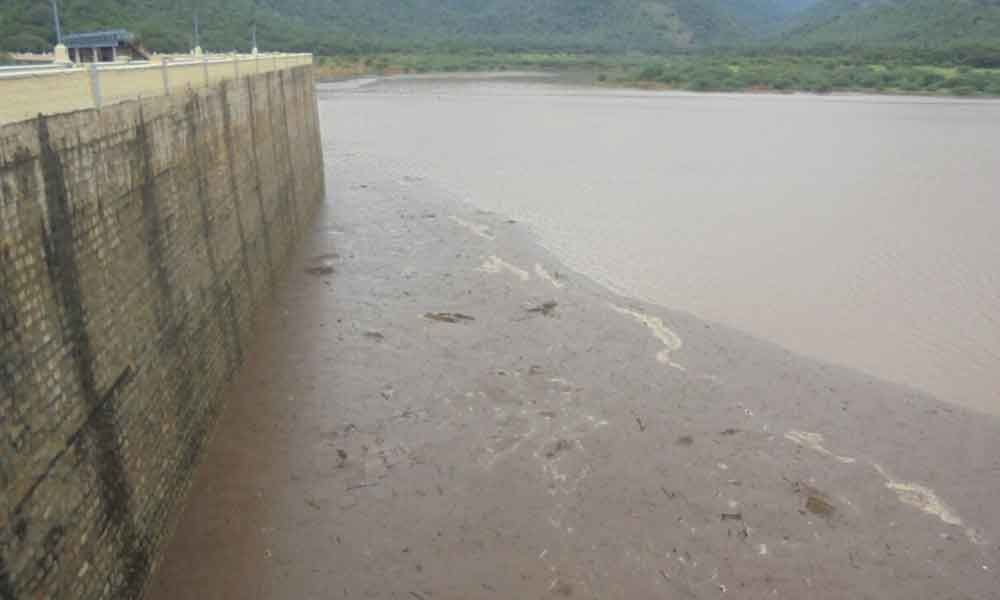 According to civic body sources, the quantity of water available in Kailasagiri reservoir near Srikalahasti will be sufficient for about 40 days with the corporation drawing water about 40 MLD (Million Litres per Day) from the reservoir built under Telugu Ganga (TG) water supply scheme, the major water supply source for Tirupati.

The city daily requires about 68 MLD water including for its about 3.8 lakh residents, 70,000 pilgrims arriving every day from various corners of the country and also for various government institutions like hospitals, universities and TTD for which the corporation is providing 10 MLD. Apart from drawing 40 MLD water daily from TG water supply scheme, the Municipal Corporation of Tirupati (MCT) is drawing 15 MLD water from Kalyani dam to meet its water requirement.

In other words, the corporation is drawing 55 MLD water daily from the two water supply sources against its total demand of 68 MLD required leaving a shortage of 13 MLD leading to the civic body introducing alternate water supply to the residents in the city.

A senior official of the corporation water supply wing said that the MCT a month back wrote to government to permit it to draw water from the dead storage of Kandaleru dam in Nellore district, keeping in view the depletion of waters in Kailasagiri but still to get a reply because of the election.

Due to no rains last year and failure of monsoons, the water-level in Kandaleru dam from where water is also being supplied to Chennai city under TG reached the rock bottom, the official explained stating that the only solution to devoid severe water shortage is good rains this year in the coming June–July. The residents in some of the localities already feeling the pinch of water shortage in some localities more so in the three Panchayats that were merged with corporation where the water is supplied once in three days.

The corporation also planned to dig 3 new borewells to augment water supply in the city besides introducing many austerity measures to conserve water keeping in view the mercury level hovering around 42-43 degrees Celsius adding more to the demand for water. There are 39,000 individual tap connections and 2,000 public taps in the city depending on municipal water supply for drinking water. It is needless to say that the private water supply (mineral water) increased manifold with the severity of summer in the city.

Unconfirmed reports say that they are having about Rs one crore business daily and causing much stress on groundwater as most the mineral water companies depend on borewell to draw groundwater.