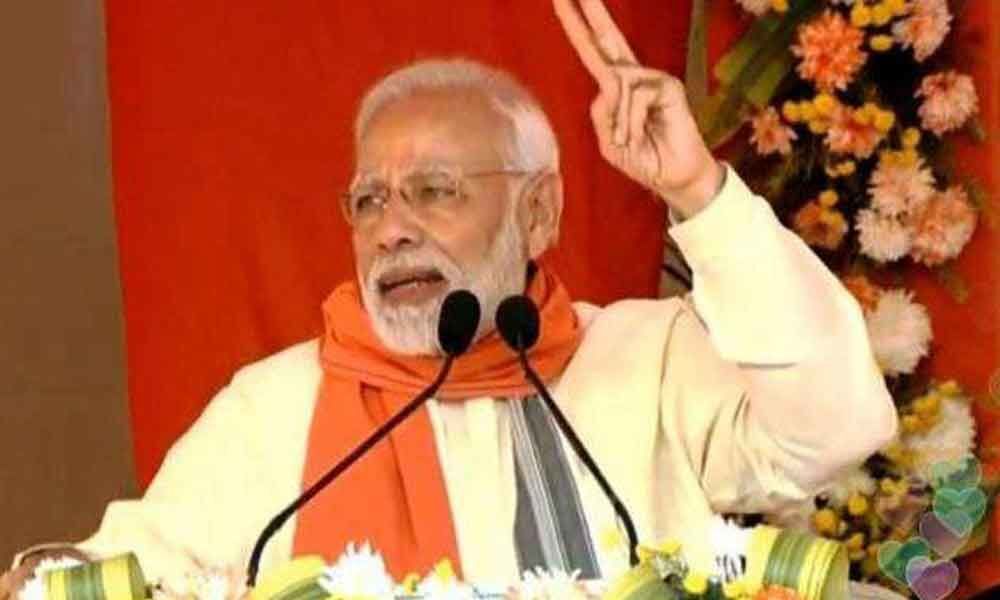 As the 2019 general elections are nearing, the Bharatiya Janata Party has intensified the poll campaign across the state.

Rajamahendravaram: As the 2019 general elections are nearing, the Bharatiya Janata Party has intensified the poll campaign across the state.

The BJP's star campaigner and Prime Minister Narendra Modi will participate in the campaigning on behalf of party candidates and will address a public meeting in Rajahmundry on 1 April.

This will be the second visit of PM Modi to the state, after the first public meeting in Kurnool on Friday. The BJP national president Amit Shah has already started the campaign, and he'll be attending the elections public meetings in Narasaraopet, Visakhapatnam on 4 April.

The Union home minister Rajnath Singh will attend the BJP rallies in Narsapuram on 4 April, and Vizianagaram on 5 April.

The BJP national spokesperson GVL Narasimha Rao said that in the coming weeks UP Chief Minister Yogi Adityanath, Union Minister Nirmala Sitaraman, Piyush Goyal will be attending the elections campaign in different constituencies in the state.