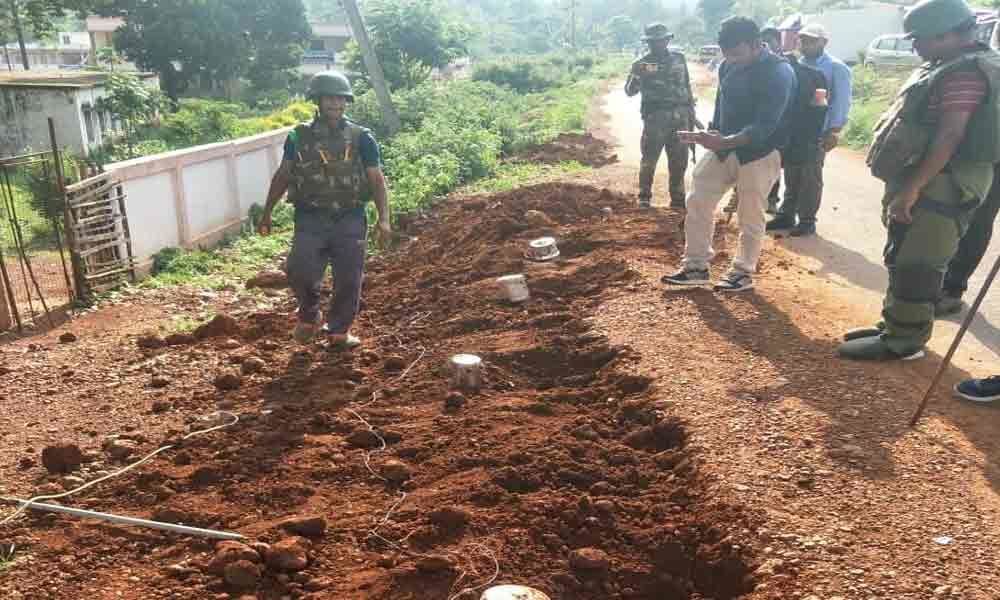 Superintendent of Police (Vizag Rural) A Babuji monitored the disposal of explosives. Speaking on the occasion, Babuji said that police as part of Grama Darsini programme, have been visiting various interior tribal villages and organising several programmes involving the locals.

The police were also conducting various job-oriented skill development progrmames to the tribals. Unable to digest Grama Darsini programmes, the Maoists planted over 10 kgs of four landmines to create a panic like situation. If, the landmines exploded, several girls in hostel would have died, the SP said.