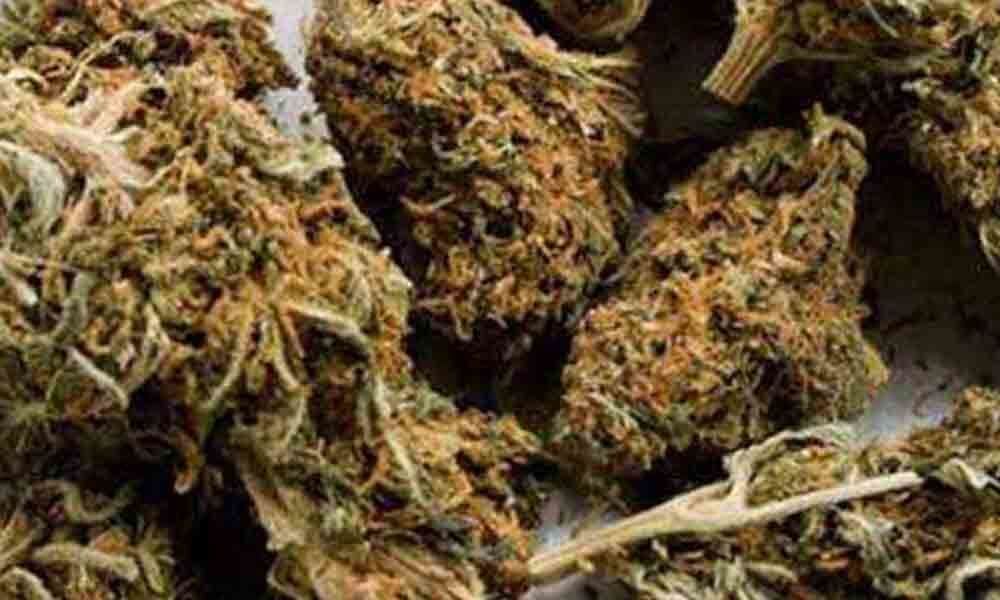 The Santhapeta police on Wednesday arrested six persons from Visakhapatnam and a woman from the city in connection with illegal trading of ganja in Nellore city and seized 16 kilos of contraband from their possession.

Nellore: The Santhapeta police on Wednesday arrested six persons from Visakhapatnam and a woman from the city in connection with illegal trading of ganja in Nellore city and seized 16 kilos of contraband from their possession.

The accused were identified as P Ramarao, P Bheemannapadal, G Kantharao, D Satyanarayana, D Lakshmi, K Lakshmi, and A Durga. Prime accused in the case Jaheerabi from Kapadipalem area in city is at large.

Addressing the media at Santhapeta police station on Wednesday, Nellore DSP NBM Murali Krishna said that Ramarao, Bheemannapadal and Kantharao were hailing from Kodisingi village of Gudem Kotha Veedhi mandal in Visakhapatnam district. Satyanarayana, D Lakshmi and K Lakshmi, hailing from Devarapalli village of the same mandal, were active members in the crime. They arrived in city some time ago and were staying in a lodge.

The DSP said the accused from Visakhapatnam used to sell ganja to Jaheerabi, who belongs to the city. She got the material twice recently. Ramarao, Bheemannnapadal and Kantharao have visited the city on May 16 for selling 18 kg of ganja and Jaheerabi arranged them a lodge close to their area.

Satyanarayana, D Lakshmi and K Lakshmi have also visited Nellore city on May 18 for selling 18 kg of contraband and stayed in the same lodge. Jaheerabi have asked them to stay in the lodge and informed them that she repays money after selling the contraband. On the same day, Durga from Nellore city visited the lodge and received 24 kg of ganja from the accused for trading. Chinna Bazaar police conducted routine checks on Wednesday on lodges and found them when they were moving suspiciously.

During interrogation they admitted to their crime. The police seized 16 kg of ganja from their possession. The DSP also said that a manhunt has been launched to apprehend Jaheerabi, who is at large. Santhapeta CI Ch Koteswar Rao, SI SKM Subhani and others were present.