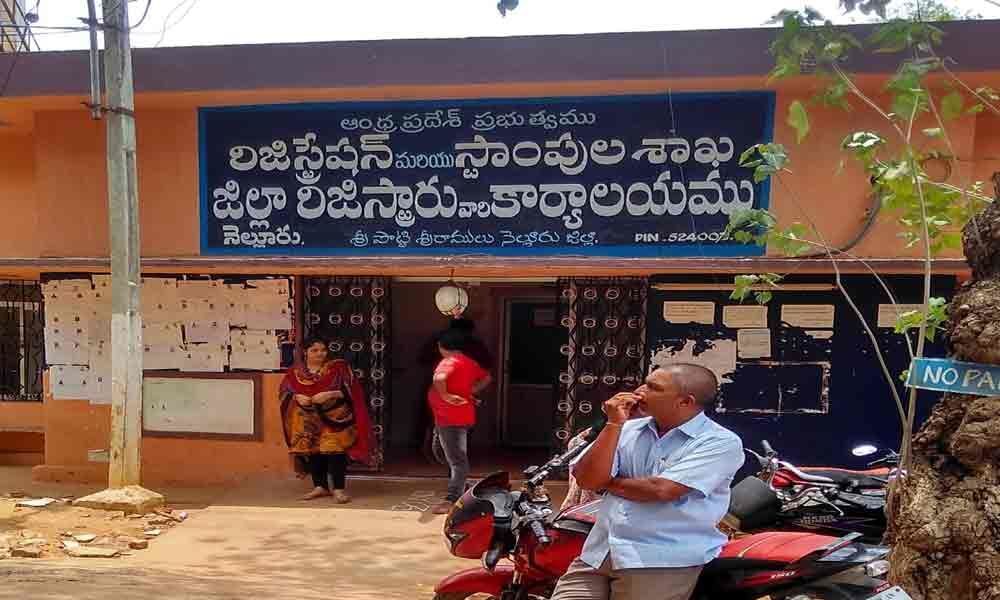 General elections highly impacted revenues of the Registration department which failed to reach 100 per cent target last financial year and still the State government had increased the targets by additional Rs 77 crore for 2019-20.

Nellore: General elections highly impacted revenues of the Registration department which failed to reach 100 per cent target last financial year and still the State government had increased the targets by additional Rs 77 crore for 2019-20.

The target of the last year was around Rs 210 crore and now fixed a target of Rs 289.87 crore. When compared to all 19 registration offices in the district, Nellore Sub-Registrar office has been given the highest target of Rs 141.20 crore.

A senior official from the Registration department said they had failed to reach targets last year only because of general elections that impacted the process during last three weeks. People also hadn't come forward to register the properties due to election code and fear of carrying hard cash with them. So, all transactions stalled during the time from March first week to May end and the previous year targets were not met, he added.

A senior official said that they had suggested Sub-Registrars to reach their targets as there would be no problem this year. He also said that they had tried their level best to reach the targets during 2018-19 fiscal and have reached only 95 per cent. About 200 registrations are being done daily in the district.

Targets of registrations in the district enhanced from 2005 due to newly started Special Economic Zones at Tada, Naidupet and activities of the Krishnapatnam Port in Muthukur that triggered sudden rise of realty trade too. One ankanam of land in the city areas (72 square feet or 8 square yards) was only Rs 5,000-10,000 and suddenly it reached to a high of Rs 1 lakh to 3 lakhs within 2 to 3 years.

"Targets have been increasing year by year and we have to take pains to reach them that has been giving tension among the officials. Still, we are putting maximum efforts to reach the targets," said a senior sub-registrar in Nellore Registration District.