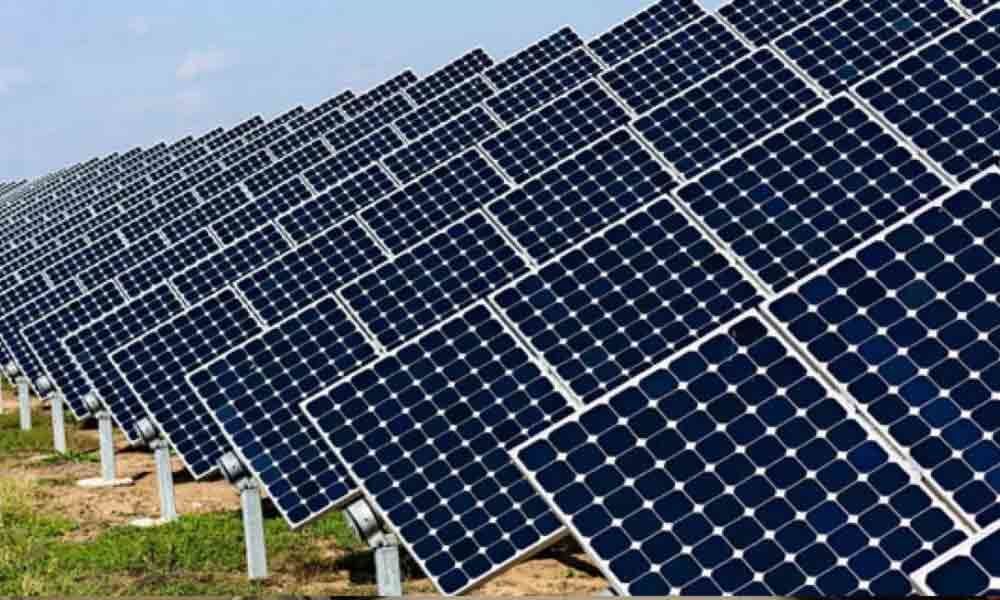 1. NTPC project makes no headway as new govt in state and power companies spar over power purchase agreements.
2. Of the 1,000 mw total proposed capacity, only 250 mw is now being generated in the project.
3. While companies are seeking premium prices, state govt declines on the ground that the State has surplus power.

Nambulapulakunta (Anantapur): The 1,000 megawatt (mw) National Thermal Power Corporation (NTPC) solar power project launched here with high hope and fanfare in 2017 has been completed only one fourth of the project and is currently producing only 250 mw. The remaining 750 mw generation has been kept under suspended animation owing to pricing row between the state government and the bidding companies. The new government is reviewing power purchase agreements (PPA) entered into by the previous government claiming that the prices agreed upon are high. The companies which have come forward to execute the remaining 750 mw of power production are not willing to sell power at a reduced price to the state government. Unless the state government backed out of the project and NTPC makes plans to sell power to parties outside AP, the project is unlikely to make any headway.

NTPC is now a silent observer in the stalemate waiting for clarity and directions from the Centre . While the tendered companies were demanding a premium price of Rs 5.65 per unit, the state government is unwilling to pay that price citing surplus power owing to addition of hydel generation in the last few months. Besides, the private firms were doing it with absolutely no investment on land or infrastructure, etc., as everything was made available by the NTPC.

NTPC sources told The Hans India that NTPC is into solar power in tune with Prime Minister Narendra Modi's new solar policy to tap solar energy on a massive scale in view of the depleting coal reserves in the country. While the Union government's ambitious programme is to install one lakh mw solar power energy capacity, the Andhra Pradesh government set for itself a target of producing 10,000 mw in the 2018-19. The district provides congenial climate for tapping non-conventional energy.

Government lands to an extent of 4,000 acre and 2,500 acre assigned lands have been given to the NTPC for the solar power project.

Andhra Pradesh Solar Power Corporation (APSPC) is the sole agency for acquiring land for the solar power projects in AP. NTPC, NREDCAP and the APSPC are working together in the establishment of the ultra-mega solar power project in the district but due to policy changes, the stalemate continues.