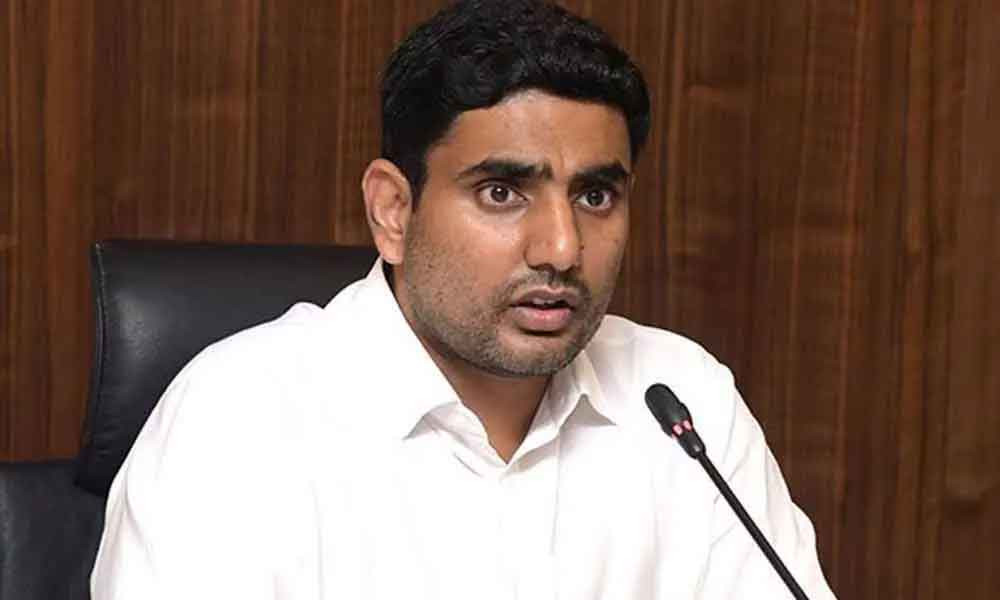 Lokesh asked how the AP SCS could become a closed chapter when the special Union Territory status was being promised to Puducherry in the latest BJP election manifesto itself. It was a fact that the fake Chief Minister of AP has sent his party MPs and leaders to support the BJP in the ongoing election campaign there, he alleged.

In a statement here, the TDP MLC advised Jagan Mohan Reddy to stop his double game and start making genuine efforts to ensure justice for the people of AP. At the time of the 2019 election, Jagan Mohan Reddy has vowed to bend the necks of the Centre in order to bring the rightful special status to the state. After coming to power, the Chief Minister has fallen totally silent without showing any commitment to industries and jobs for the youth.

Lokesh asserted that the Chief Minister should realise the fact that he would not be able to continue his secret journey with the BJP in AP any more. The people have seen through the unholy friendship between the two. It was high time that Jagan should not sacrifice the SCS for the sake of his multi-crore illegal assets cases. The latest manifesto in the Puducherry election has exposed the secret deal between Jagan and the BJP, he said.

The TDP leader strongly criticised the Chief Minister for misusing his party friendly blue media to spread falsehoods against the TDP at the time of the 2019 election. Even now, he and his blue friends were continuing their misinformation and cheap campaigns. However, the YSRCP "lying squads" were biting the dust eventually after their false campaigns became exposed in front of the people, he said.

Condemning the false reports, Lokesh deplored that CM Jagan Mohan Reddy was tarnishing the image of Chief Minister post by stooping to the level of getting baseless April fool stories in media to take political revenge against the TDP. It was unfortunate that some media were compromising their standards without any ethics, he lamented.