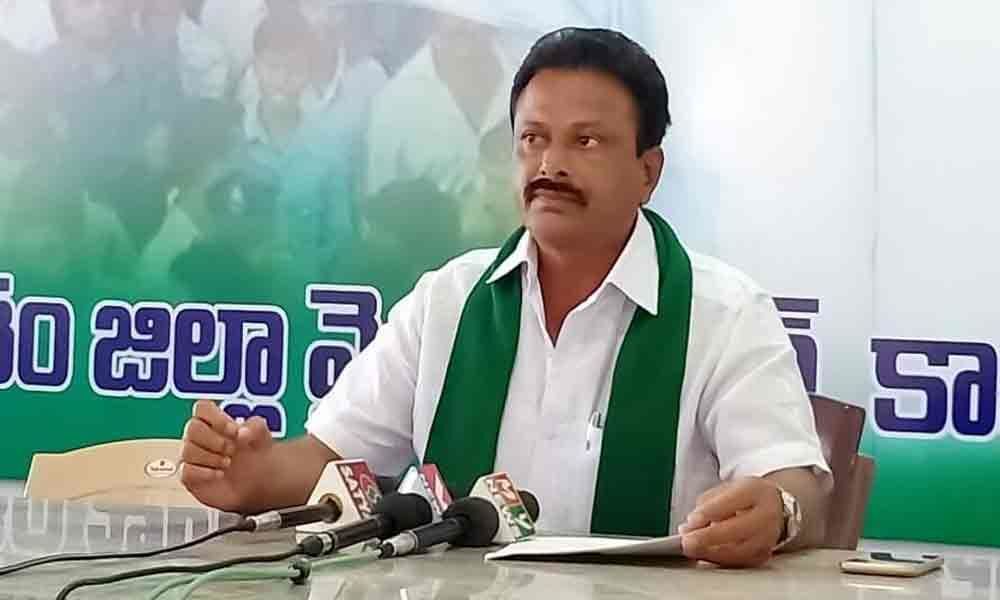 SR Congress Party district farmers wing president Mareddy Subbareddy demanded that the Tobacco Board intervene immediately to save the tobacco farmers from going into losses.

Ongole: YSR Congress Party district farmers wing president Mareddy Subbareddy demanded that the Tobacco Board intervene immediately to save the tobacco farmers from going into losses. Speaking at the district party office, Subbareddy said that the tobacco farmers cultivated only the board authorised quantity of 73 million kg, but nearly 60 per cent of it came as a low-grade product.

He said that the sun-dried white burley tobacco, which is produced for 25 million kg in Vinukonda area and 30 million kg in Parchuru area was bought by the companies at a price of Rs 90 per kg, and the top leaf tobacco, leaf left the farms, is being bought at the price of Rs 65 per kg.

He questioned the companies what's the reason for offering just Rs 80 per kg to the tobacco, in which the farmers put their efforts and expenditure in curing the leaf in the barn while they are offering better price to white barley and top leaf.

Subbareddy said that the farmers got the low grade in large quantities due to atmospheric conditions and said that they didn't see a similar situation where the tobacco is left unsold in the country for the last 50 years.

He demanded the tobacco board to intervene immediately and break the syndicate of purchasers. He demanded the board to see the companies purchase low-grade tobacco also at a better price and see the farmers are saved from losses.