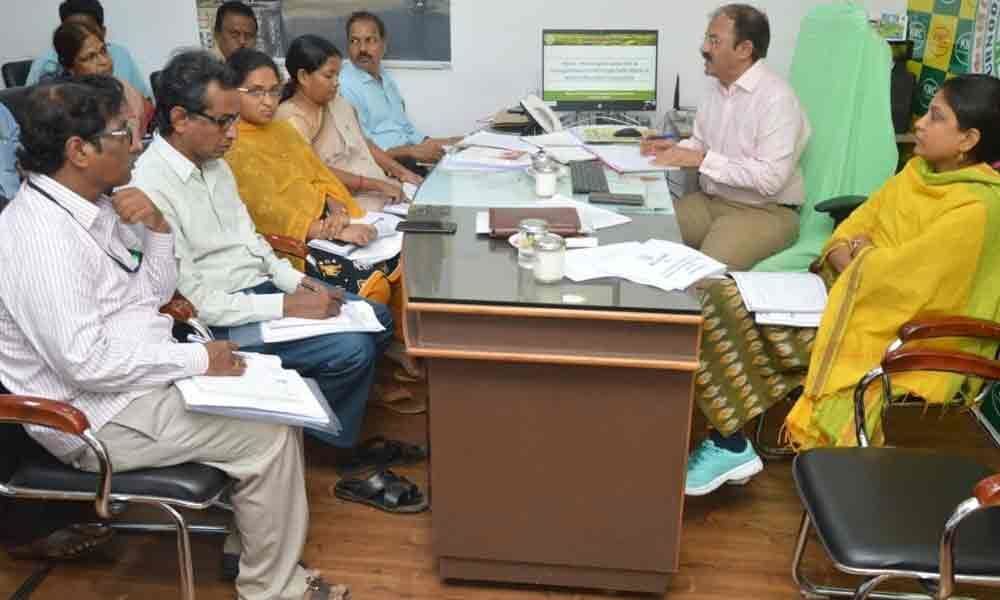 The Director of Municipal Administration, Kanna Babu has ordered the officials concerned to immediately respond on the complaints received through “Pura Seva”.

Speaking on the occasion, Kanna Babu said there is no fund crunch, use available resources and resolve water problems immediately. Pay more attention at the place where there is acute problem for drinking water. In view of severe heat waves prevailing, he ordered the officials to set up water kiosks at the places wherever is necessary.

He further suggested the officials to implement the system adopted at Nellore in case of solid waste management. Pura Seva app has been introduced with an intention to receive and resolve the public grievances. He also enquired about the preparation of ward wise voters list and ordered to ensure early completion of house numberings.