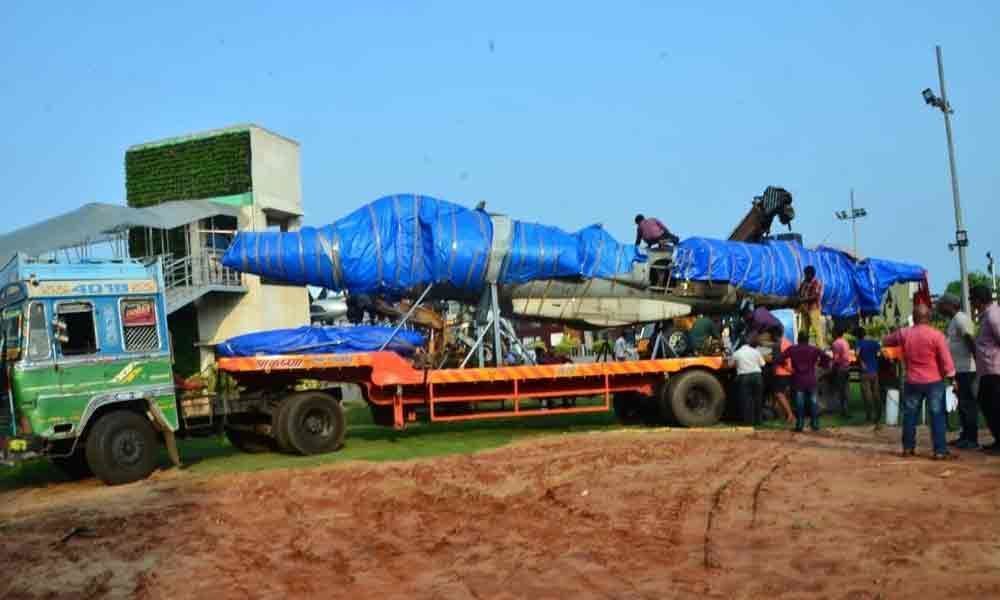 The Sea Harrier aircraft was decommissioned in 2016 and the VMRDA made its efforts to convert the aircraft into another museum. The new flight museum will be developed near Rajiv Smruthi Bhavan adjacent to the existing TU-142 war flight museum.

The VMRDA engineering officials brought the flight from INS Hansa, naval air station in Goa. The Indian Navy procured the aircraft from British Aero Space in 1983 and it served 32 years to the nation. The four tourist attractions including the mega underground parking zone are planned at a cost of Rs.80 crore on the beach and the coming Sea Harrier museum would be integrated with the existing INS Kurusura and TU-142 attractions.

The project has taken up jointly by VMRDA and AP Tourism with the help of the smart city funds. The works would be started shortly and the museum works would be completed in six months, Commissioner, VMRDA Basanth Kumar said.