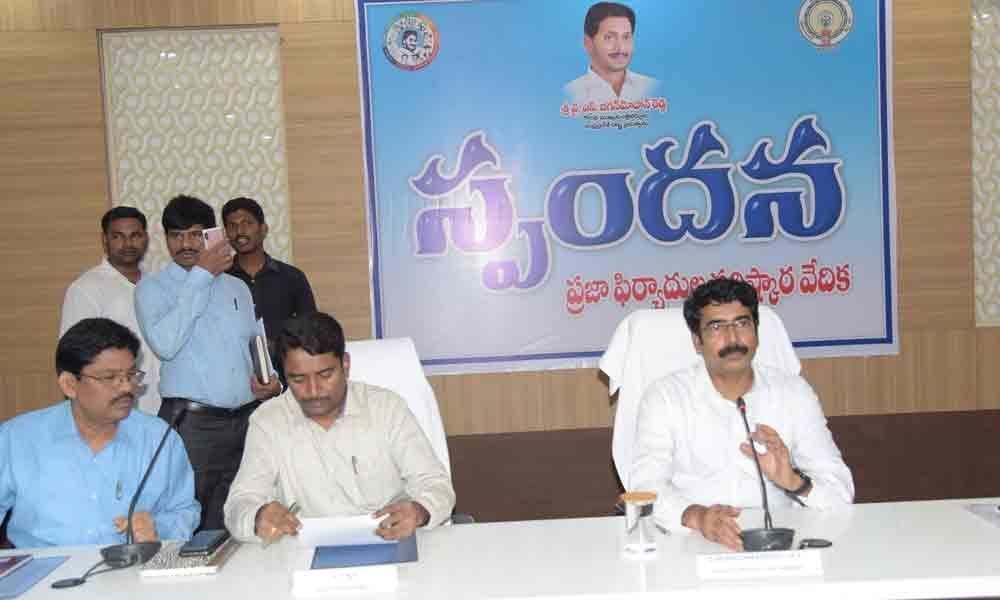 The state government’s new platform for representation of public grievances ‘Spandana’ started with public representations pouring in from across the district on Monday.

Kakinada: The state government's new platform for representation of public grievances 'Spandana' started with public representations pouring in from across the district on Monday. Speaking on the occasion, Collector Muralidhar Reddy said that the grievance redress forum would help the public to solve their problems in a time bound manner.

The Collector formally launched the Spandana at Collectorate. He said that this programme is the initiative of the state government for speedy disposal of public problems. Muralidhar Reddy also said that a superset website is also opened by RTG department for monitoring of public grievances.

The Collector also said the public would be given receipt for every grievance, indicating the time line. Joint Collector Lakshmisha will act as nodal officer for Spandana implementation programme in the district.

A total 510 representations were submitted on various issues like sanction of pensions, loans, provision of employment and house sites on Monday. The Collector also received representations from the farmers in Katrenekona and other mandals to regulate aqua culture as this was affecting the paddy crops due to pollution.

During the process of Spandana programme, the cultural troops performed Kalajathas to create awareness among the public on health, hygiene, education and prohibition.