Sumuhurtha for Jagan's Swearing in ceremony is 12.23 pm 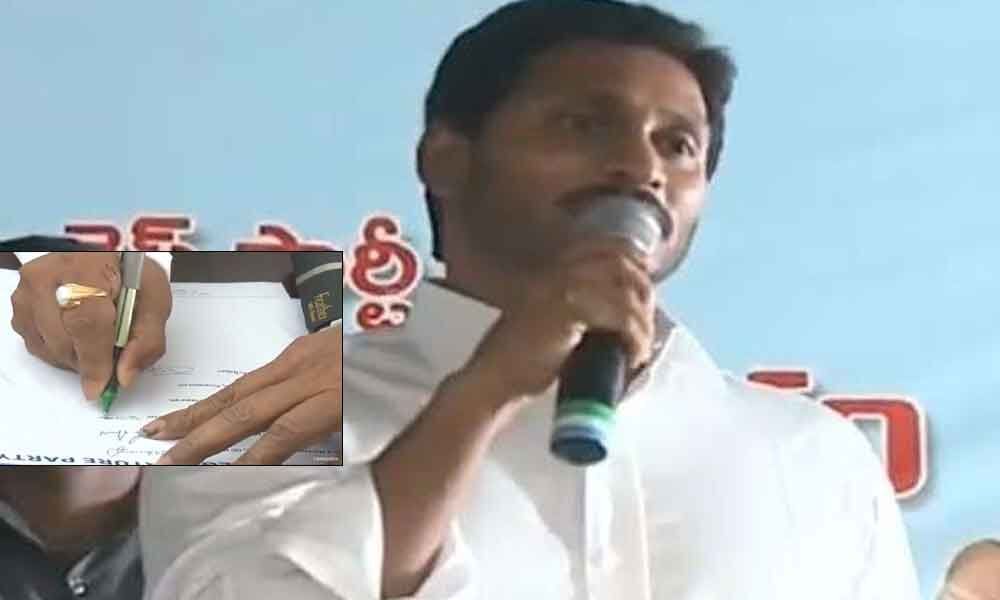 The much talked auspicious time for swearing-in-ceremony of Leader of YSR Congress Legislature Party YS Jagan Mohan Reddy is decided as 12.23 pm, on May 30.

Amaravati: The much talked auspicious time for swearing-in-ceremony of Leader of YSR Congress Legislature Party YS Jagan Mohan Reddy is decided as 12.23 pm, on May 30. According to the official communication from the office of Governor ESL Narasimhan, the YSRCP leaders have desired to take the oath at 12.23 pm.

Though the date was finalized earlier and arrangements have been made for the ceremony, the time was keep on changing for various reasons. Finally, in an official press communique by KSurendra Mohan, Secretary to Governor has informed the auspicious time for the swearing-in-ceremony.

Surendra Mohan further added that newly elected YSRCP MLAs inlcuding Botcha Satyanarayana and others called on the Governor on Saturday and conveyed about the election of Jagan as the Leader of YSRCLP. While congratulating Jagan, Narasimhan has invited him to form the Government.