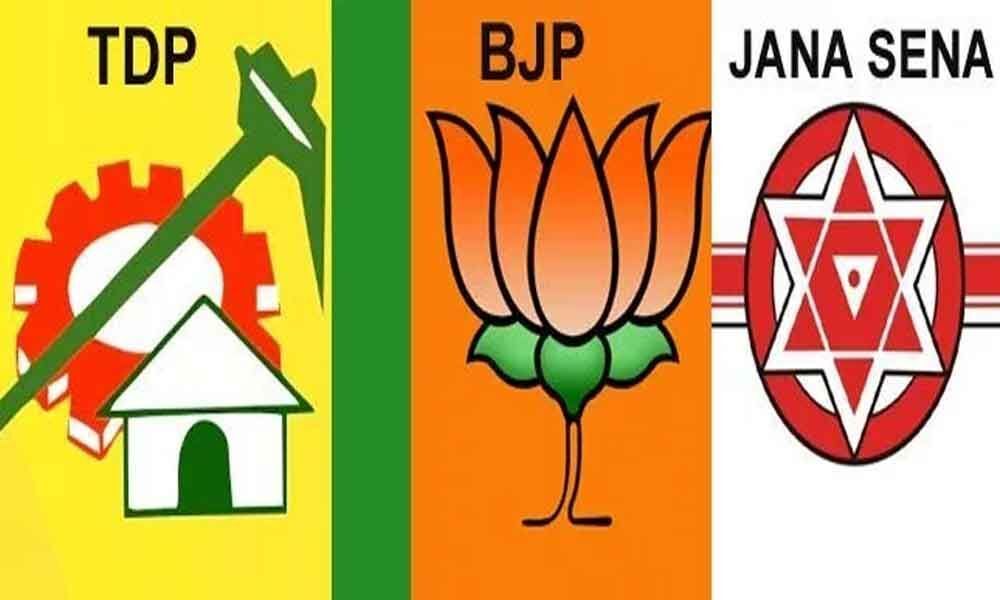 In 2019 general elections in AP, the TDP and Janasena party were not successful in winning the MLA and MP seats as expected.

Guntur: In 2019 general elections in AP, the TDP and Janasena party were not successful in winning the MLA and MP seats as expected.

On the other side, the YSRCP has achieved the landslide victory and formed the government in the state.

However, it is not been 10 days over after election results declared, the leaders from TDP and Janasena have started jumping the party. In a huge number, the leaders from both the parties have joined BJP in Guntur.

The BJP state president Kanna Lakshminarayana has welcomed the leaders by facilitating them with BJP Shawl.

Speaking on the occasion, Kanna Lakshminarayana said that in 2019 elections the country has voted for the development. He said crashing all the expectations, the Modi government have won 300 plus seats in the election results.

Kanna Lakshminarayana commented that he said to Chandrababu Naidu that not to get into YSRCP trap. He said with the alliance with TDP, the BJP has faced heavy loss in the state.

Though the people have defeated Chandrababu Naidu, they have supported BJP and PM Modi in the state.

After taking all the benefits from the Modi government, during the elections time Chandrababu Naidu tried to damage the image of the BJP. On the occasion, Kanna Lakshminarayana said more leaders from TDP will be joining BJP in the coming days.