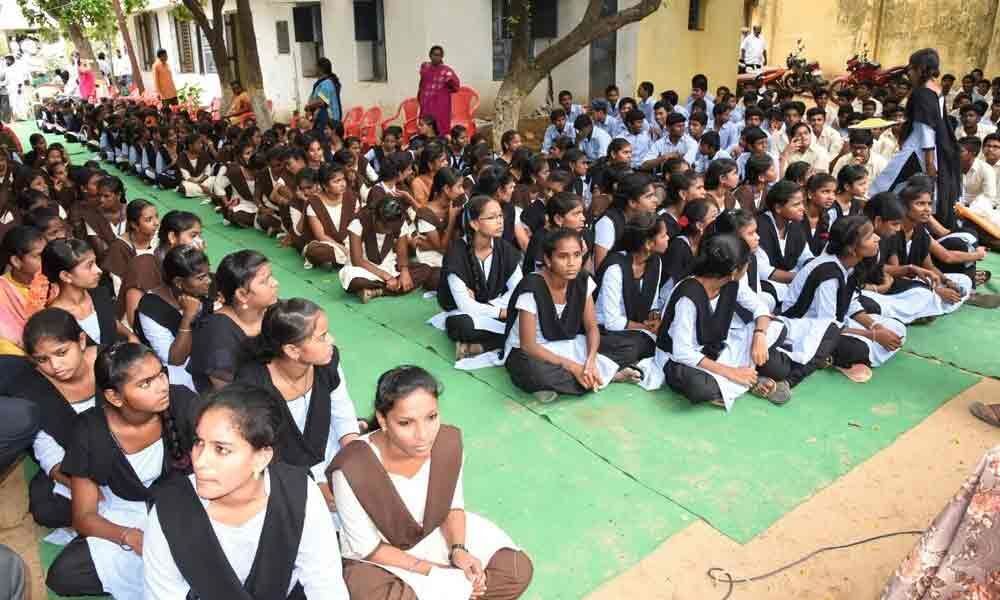 Irrigation Minister Dr P Anil Kumar Yadav informed that they would enhance the honorarium of education volunteers as per the directions of Chief Minister YS Jagan Mohan Reddu.

Nellore: Irrigation Minister Dr P Anil Kumar Yadav informed that they would enhance the honorarium of education volunteers as per the directions of Chief Minister YS Jagan Mohan Reddu. He, along with the Municipal Commissioner PVVS Murthy, visited the KAC Government Junior College located in Stonehousepet on Saturday and interacted with the students and staff members.

The Minister informed the students that the State government would provide basic amenities in all municipal schools located in the city limits utilising CSR funds. He also said that they would strengthen the government education in a phased manner in the coming two years by improving infrastructure and quality in instruction.

Anil said that they would develop municipal schools as model ones in the State and take measures to increase the honorarium of Vidya Volunteers discussing with the Chief Minister. He assured the development of the Government Junior Colleges in the district too.

Minister, along with the rural legislator K Sridhar Reddy laid the foundation for the substation of Transco at Kondayapalem and promised to complete the construction of three sub-stations in the city and also in rural areas within the next three months. He said measures would be taken to provide the uninterrupted power supply.

Anil Kumar explained that the Chief Minister Y S Jagan Mohan Reddy has been striving hard to provide 9-hour free power supply during the daytime by March 2020 with Rs 1,700 crore.